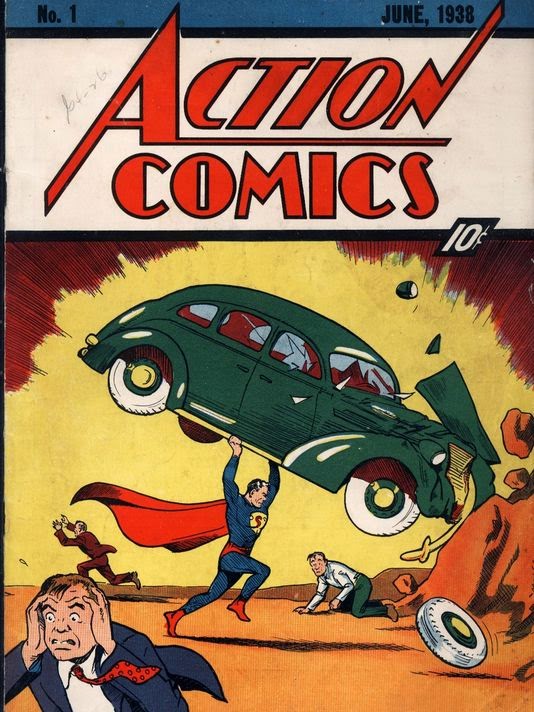 Action Comics #1 was Published on April 18, 1938 (cover-dated June), by National Allied Publications, DC comics before they were DC comics (could never understand why they didn't name it Action Comics), it is considered by most to be the the first true superhero comic. Like most comics at the time Action comics was an anthology, which means it contained many different unrelated stories, one of them being Superman. The first issue of Action  Comics sold out of its initial print run of 200,000 copies. Read the Complete story.
Jerry Siegel and Joe Shuster were paid $10 per page, for a total of $130 for their work on this issue.It has been said that selecting Superman to run in Action Comics #1 was "pure accident" based on deadline pressure and that he selected a "thrilling" cover, depicting Superman lifting a car over his head. Prior to Action Comics #1 Siegel and Shuster had pitched Superman for a number of years.
It is believed there are less then 100 issues currently in existence, keep hunting there may be more.
Here are the stories of some of the existing copies, yes the issue is so important we have dedicated multiple posts to it. Learn about them here.

One in the Wall