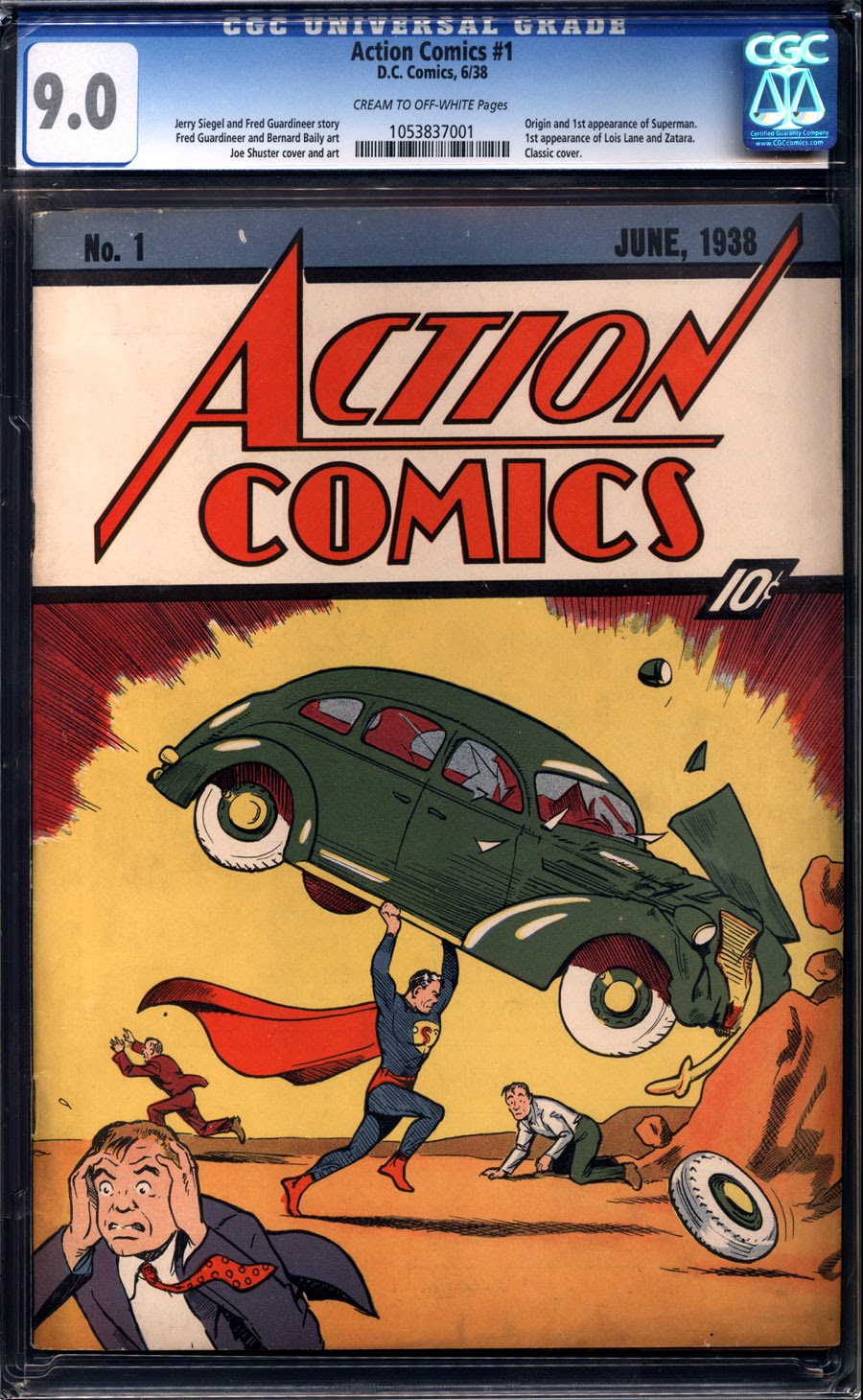 We started our stories of Action Comics #1 with The One in the Wall, we continue today with the most famous copy of all the 100 or so copies, the Nicolas Cage Copy.

Not only is this copy the most famous copy of Action Comics #1 but it has become the most famous copy of any comic book in the world, so famous that there is a movie being planned to tell the story.
First off the Nicolas Cage copy is the best copy of Action Comics #1 in existence, graded CGC 9.0. CGC ( Comic Grading Company) is the most reputable grading company there is. Because of the 9.0 grade this copy also became  the first comic ever to break the $2 million mark and is the highest price ever paid for a comic $2,161,000.

The book was sold at auction In November 2011 by auction house Comic Connection, which has sold 4 of the 5 comic books to break the million dollar mar. We will look at the previous record holder an 8.5 copy of Action Comics #1 in another stories of Action Comics #1 post.

After that the story gets intriguing. In 2000 it, along with other rare comics, were stolen from Cage's home. Cage, who took his last name from his favorite comic character Luke Cage, was so saddened by he theft he sold his entire collection through Heritage Auctions.

Fast forward 11 years later, LAPD recovered the Action Comics #1 in a San Fernando Valley storage locker. Cage had already been paid the insurance money for the comic and there has been much debate as to who the seller was, most believe Comicconnect did in fact sell it for Nicolas Cage but that has  never been proven. 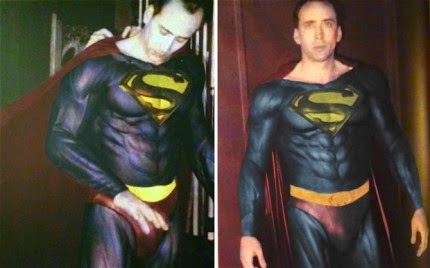 The current owner of this highest grade issue of Action Comics #1 is unknown, but I know for a fact it isn't me. If it's you thanks for reading our blog.

It is important to note that some experts believe that this is in fact not the best copy in existence. Some believe that the Edgar Church copy owned by Mile High Comics is he best copy,  not only has it not been grade as of yet but it has not been seen or scanned for close to 30 years.
Next up in our stories of Action Comics #1 is the Jack White copy.

Remember to always keep an eye out for Action Comics #1 you never know where it will turn up, maybe in a Wall, or your uncles closet, at your local flea market or some big auction. They are hiding out there and a good hunter can find it.
Send us your tales of the hunt and we may write a post about it, Email us.

Good luck on your hunt!
#jointhehunt
Posted by NY Crush at 4:21 PM