Action Comics #1 - The One in the Wall

In a recent post we gave a detailed look at the first true superhero comic Action Comics #1, the first appearance of Superman.  As a follow up to that piece we will be posting about famous copies of Action Comics #1, yes this issue is so important in the comic book world there are specific copies that have a history. Expect this to be a three or four part series of posts. Our first mini-series at CBH&G.


The first tale of Action Comics #1 is the one in the wall. 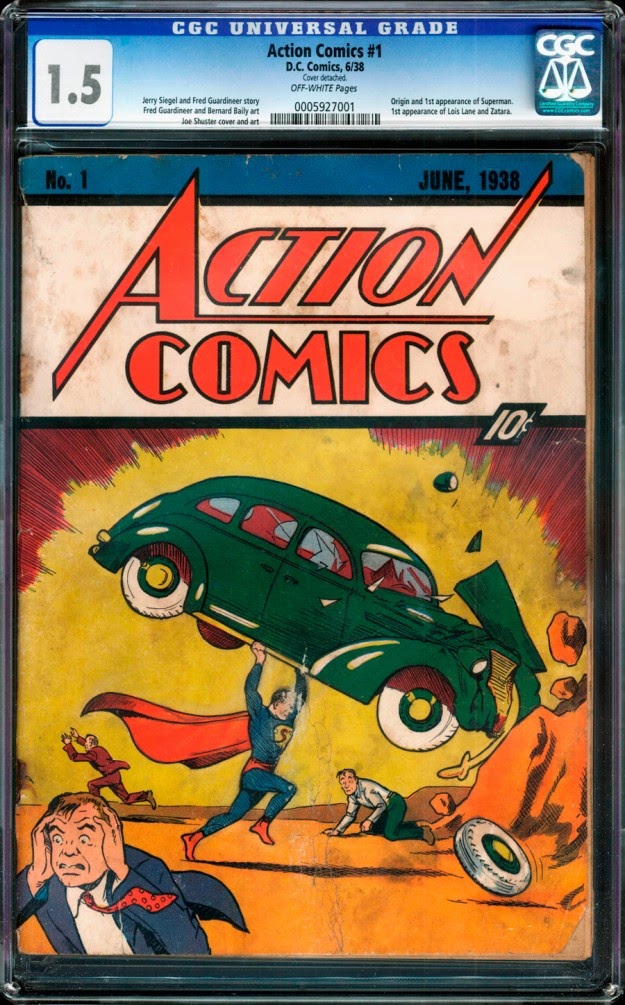 It happened in Elbow Lake, Minnesota a copy of Action Comics #1 was found in the wall of a house David and Deanna Gonzalez had purchased for $10,100. The couple purchased the home as a fixer-upper and while taking down a wall amidst newspapers from the 1930's that were used as insulation they found an actual copy of the first apperance of Superman, Action Comics#1.


The couple knew right away that the comic was valuable but they didn't know how valuable it would be. Following the discovery the grading firm CGC graded the copy a 1.5, it could have been a 3.0 but an eager relative ripped the back cover shortly after its discovery. Oh family can be so helpful at times! 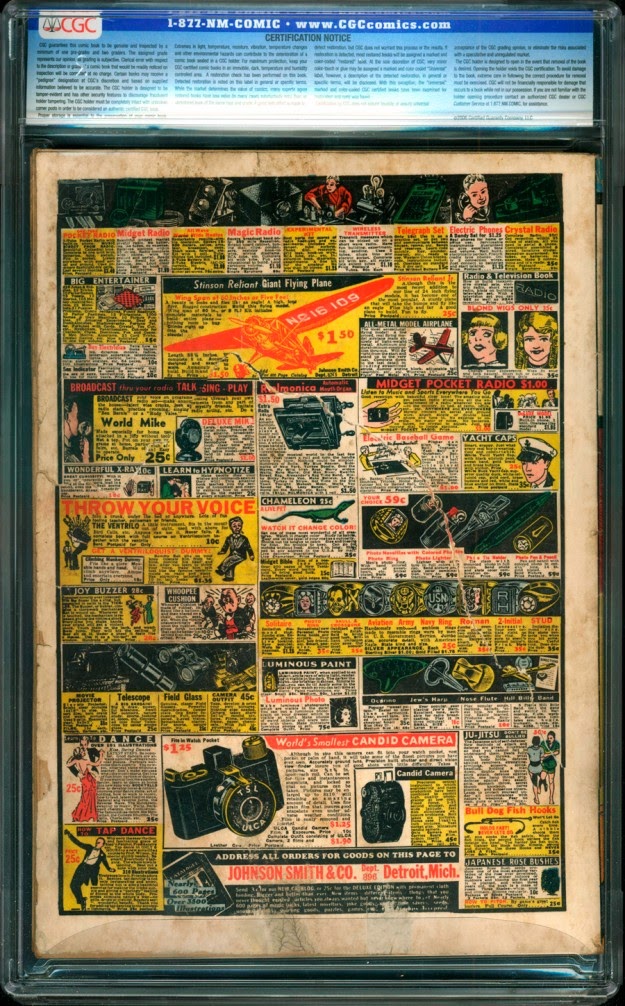 The copy ended up selling at auction for $175,000, more then 10 times the amount the Gonzalez family paid for the house.

Comic Connect, a New York City based auction house, listing for the comic said that it “boasts bright, sparkling colors and sturdy off-white pages” not to bad for being in a wall for almost 80 years.


It really amazes us that after 8 decades the most valuable comic in existence can be found in a wall of a $10,000 fixer-upper. It just proves that there truly are hidden treasures out there to be found and if you hunt for comics no matter where you are you never know what you might find. So get hunting.
Keep checking back for the next, Story of Action Comics #1.

If you have a story about a really interesting find please Email us and we will share it with the world, include photos.
Good Luck on your Action Comics hunt!
#jointhehunt
Posted by NY Crush at 1:01 PM