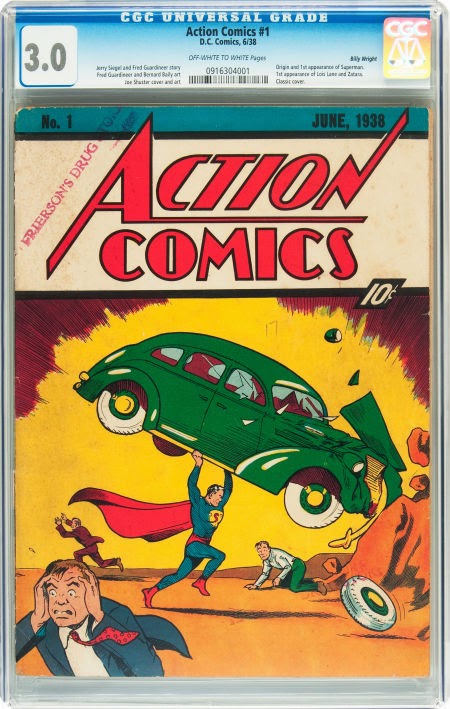 We continue our stories of Action Comics #1 with the Billy Wright Copy.
This copy is CGC graded a 3.0 which obviously is much lower then the recent copies, the Nicolas Cage copy is a 9.0 and the Jack White copy is a 6.0.

What exactly does a 3.0 mean? According to CGC (Comics Guaranty Company) census, there are currently four existing Action Comics #1 copies in '3.0' condition. A grade of 3.0 usually means the comic has some defects that go along with age. this particular copy has no major defects but it does have two splits in its spine: 1" at the top and 3.75" at the bottom and a store stamp on the front. We can only assume this is where Billy Wright purchased his comics. Here is where we begin the story, because BillyWright is as important to this tale as is the Action Comics #1, which by the way, sold at auction in February 2012 for $299,000.


The story of Billy Wrights Collection
Born  in 1927, Billy Wright began collection comic books at the age of nine. He purchased his comics from drugstores and news stands between 1938 and 1941 (a drugstore stamp can be seen on the cover of Action Comics #1). The years Mr. Wright began his collection is considered the Golden Age of comic books which actually begins with Action Comics #1, the introduction of Superman in June 1938.

Wright was an only child and unlike most  mother from that era Mrs. Wright kept the majority of young Billy's childhood possessions including his comic books and games. Billy's comic collecting stopped in the 1940's But he carefully stored his collection and maintained in throughout his adult life. Obviously they had meaning to him. A fact that holds true when you take into account that  Billy passed away in 1994 and his wife Ruby kept comic books stored on the shelves of a basement closet. The collection remained there until the passing of Ruby in 2011. 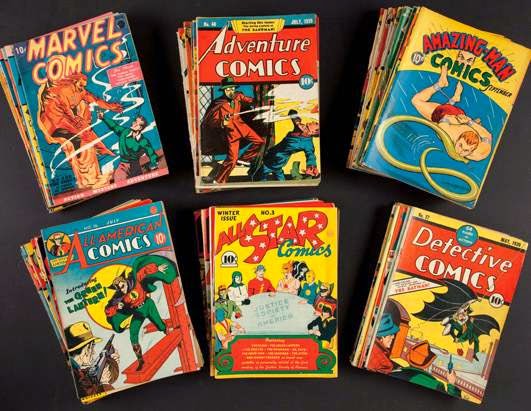 Following Ruby's passing the couples great nephew Michael Rorrer was clearing out the former home located  in Martinsville, Virginia. Rorrer discovered the collection neatly stacked in the basement closet. Many believe this to be one of the best collections ever assembled particularly because all the comics were in near mint condition and had been assembled by one person during his childhood. Basically what this means is all the 345 comics in the collection went from the drugstore or newsstand into Mr. Wrights collection where they remained for 70 plus years. When  CGC graded each of the 345 issues they included a special notation, Billy Wrights name thus giving  the comic pedigree. 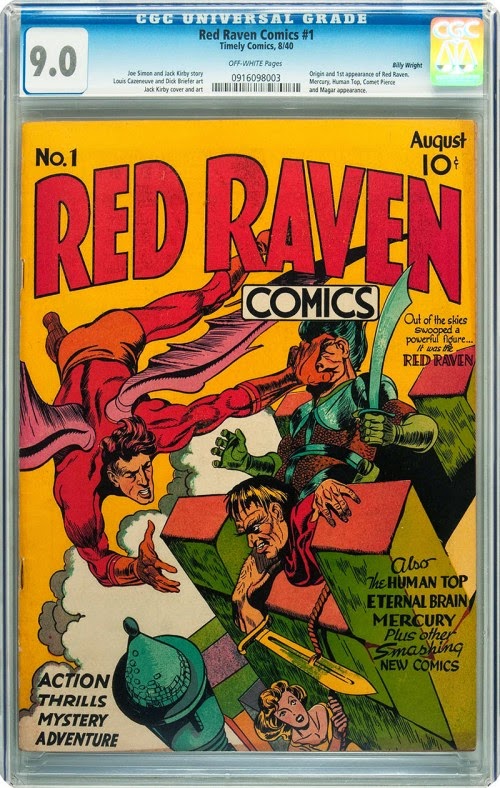 Along with the copy of Action Comics #1 the collection contains 44 titles on the Overstreet list of the Top 100 Golden Age Books, with nine of these the highest-graded or joint highest-graded copies in existence. An additional 13 copies were amongst the five highest-graded of their kind in existence
The collection also contained 67 #1 issues and 33 #2 issues many of theses are considered key issues from the Golden Age. Among the key issues are Detective Comics #27 the 1st. appearance of Batman,  All-American Comics #16, 1st. appearance of the Green Lantern,  All Star Comics #3, 1st. appearance Justice Society of America, the first ever Marvel comic book Red Raven #1 and the first apperance of the Human Torch and the Sub-mariner, Marvel Comics #1. 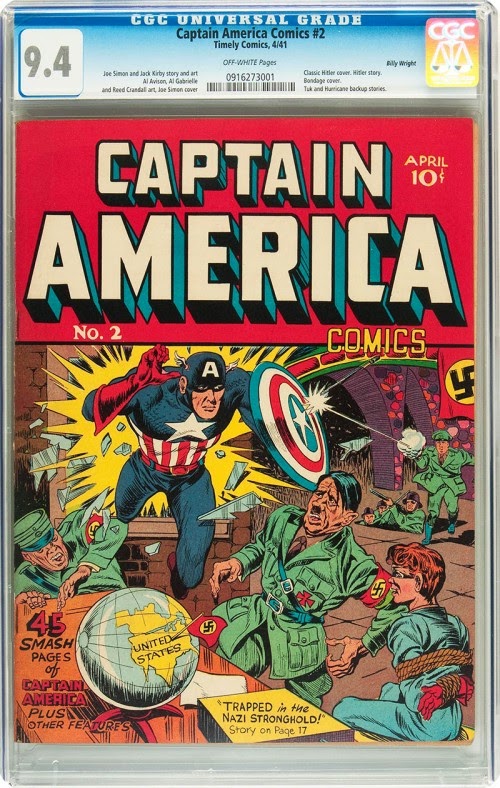 The Billy Wright collection was put up for auction in February 2012 and brought a record result of $8.9 million plus making it the single biggest comic book auction ever held.


All this tells us that there are remarkable comic book treasures out there if you hunt wherever you are, that includes helping family clean their homes. Always be on the look out for buried gold.