A treasure of a first appearance: the story of Amazing Spider-Man #129 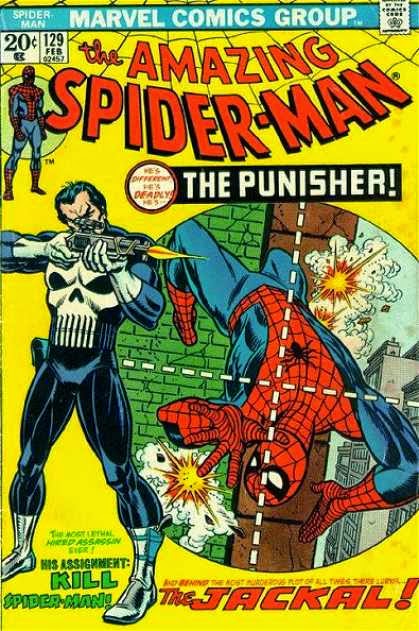 Some of the most sought after comic books are those that contain the first appearance of a character that becomes popular over time. Amazing Spider-man 129 is one of the most sought after books of the Silver age because it contains the fist appearance of the Punisher.
Many fans have been hunting this issue like the Punisher hunts bad guys.
This issue held a special place in my collection for many years. Notice how it says HELD.
Yes there was a time when after much hunting and searching, a time before eBay and the Internet, that I found and purchased this popular issue. The Punisher was the first real anti-hero, he was a good guy doing bad things because he had to and I loved the idea so much I wanted everyone of his appearances. The first was the pinnacle for me.
Back to the HELD, unfortunately things change in ones life and sometimes there is just no way around selling a prized possession. Paying for college was important so I had to sell a chunk of my collection even though a good hunter never sells what he has obtained through the hunt unless desperate.
Yes I was able to get an education paid for by my collection but I am still without Amazing Spider-man #129 but one day it will be mine again. I keep an eagle eye out for a copy at a good price, Always on the hunt.

Good luck in your hunt.