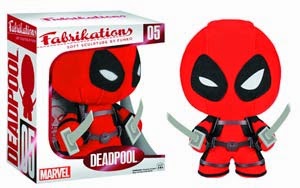 Funko has release another new, soon to be a hit, line of figures called Fabrikations.

The line which was released on June 25th starts off with Batman, Harley Quinn and Deadpool.
Each figure features a rotating head and vinyl accessories and were created with the collector in mind. Each Fabrikation Soft Sculpture is filled with a dense foam to achieve a high-end lush feel and weighted to allow each figure to stand securely. Easy of these figures sport designs  that would be familiar to collectors of Funko's fan-favorite POP! Vinyl Figures line.

Deadpool comes with his dual swords, Batman had a batarang and Harley Quinn has her hammer. 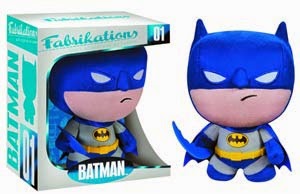 I can understand why Funko is starting the line with Batman and Deadpool, two just highly popular characters that look great as Fabrikations figures. The inclusion of Harley Quinn further confirms how popular this character has become. My guess is Joker will follow, keep an eye out. 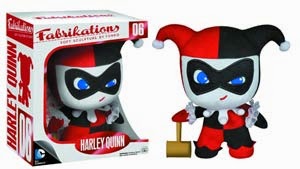 Good luck in your hunt!
#jointhehunt
Posted by NY Crush at 12:15 PM