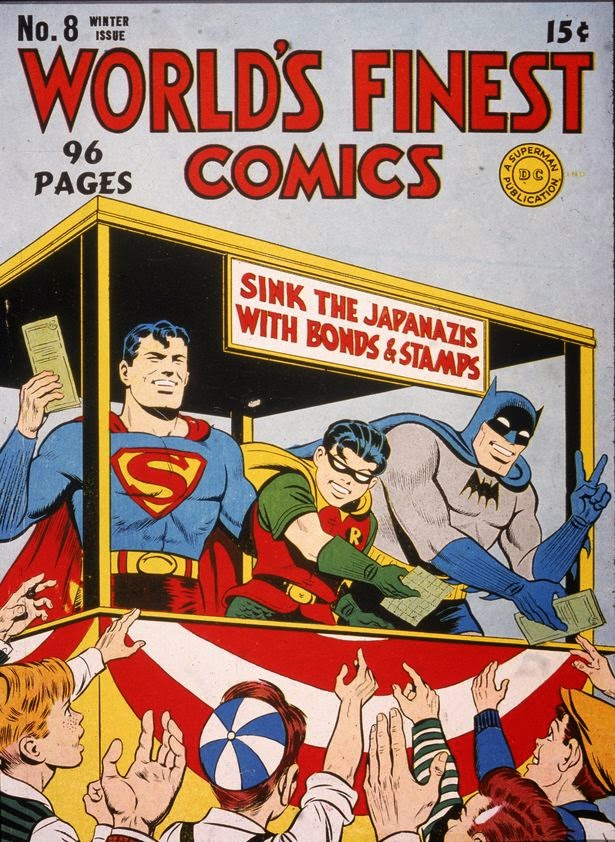 Each Sunday we will look at an issue that in some way pays tribute to the troops. This week we look at the issue I personally think of when I imagine a comic book cover that was created to salute the troops- World's Finest #8.

Released on October 39, 1942, which was right smack  in the middle of World War II, this issue of World's Finest does contain a couple of stories that directly relates to the troops overseas and one fantastic cover that advised those of us who were still at home to buy War Bonds. The cover shows Batman, Superman and Robin inside a stand handing out war bonds to a group of boys.

If you haven't heard of war bonds before, War bonds are debt securities issued by the government to finance military operations and other expenditure during World War II and at other times of war. Basically the government is asking civilians to help finances of the war effort. During World War II
Bond rallies were held throughout the country with famous celebrities, and comic books were used to reach out to children to also play their part in helping our troops. A true sulfate to the troops. Over the course of the war 85 million Americans purchased bonds totalling approximately $185 billion.

DC comics played a large role in helping sell War Bonds, they used many of their most popular characters in the effort. The cover of World's Finest #8 is a prime example.

If your ever on the hunt for this issue, which original sold for .15 on the newsstand, it will cost you based on recent sales between $400 and $600.

I includee an image of the first page of the Boy Commandoes story the Luck of Leeparts because it was done by Jack Kirby and Joe Simon, two kings of the comics. 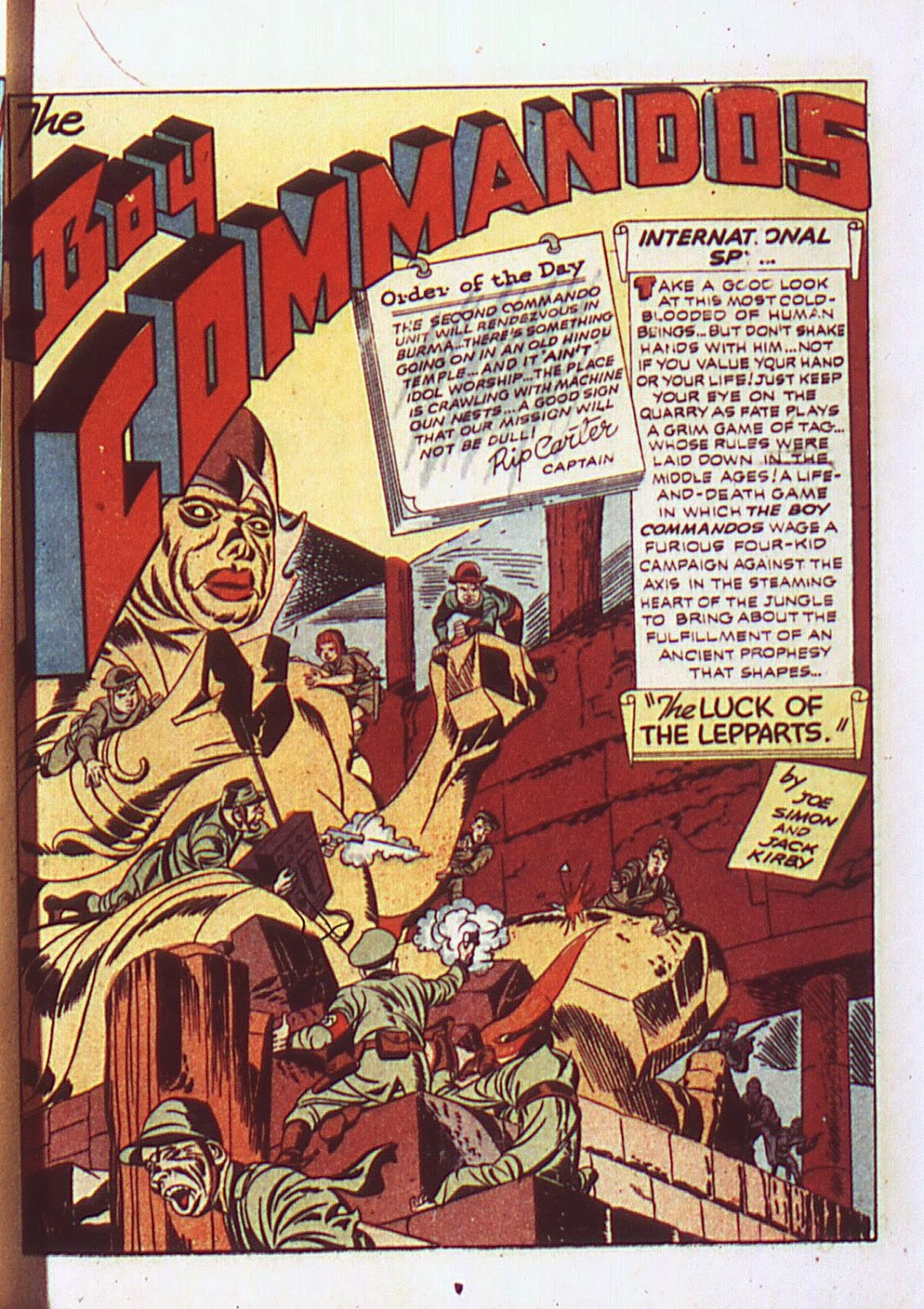 Good luck on your hunt.
#jointhehunt
Posted by NY Crush at 5:41 AM