Wizard World - On the hunt in Philadelphia 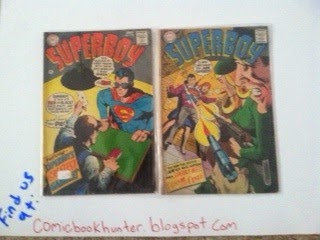 Yesterday we spent the entire day at Wizard World Philadelphia, a comic book and pop culture convention. Wizard Worlds is held at the Philadelphia Convention Center and the show floor is HUGE! Vendors, artists and celebrities side by side on the same show floor.

We were there the entire day, I was hunting for comics and collectibles to add to the trophy room and the kids were getting autographs from Doctor Who stars Matt Smith and Karen Gillian, plus Darryl Dixon himself, Norman Reedus. And yes it was awesome. I quote "Best day of y life!"

The actual hunting part was okay, there were plenty of vendors selling all types of comics, toys and art. Prices were medium range, vendors attributed that to high cost of table space.

The spoils of the hunt

Hit the dollar bins first and some great success, found Superboy #148 and #149, bought issues had original cover price of .12, cover date June and July 1968. Both were in fine condition. These two to good to be true I actually had to ask the vendor if it was a mistake. He said they were new boxes they just bought and had not gone through the yet. SCORE! Moral, check dollar bins, there is hidden treasure there. 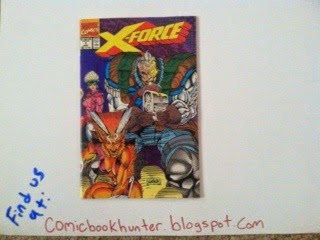 Also picked up an X-Force #1 from the dollar bin. When this issue first came out it was a big seller. Written and drawn by Rob Liefeld and packed with superhero team action. 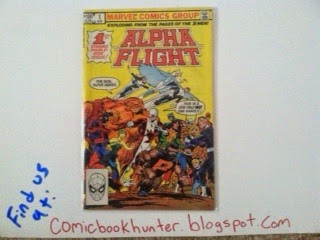 Another great dollar bin find that brought back some fond memories, Alpha Flight #1. John Bryne is one of my favorite artist and Alpha Flight was a big deal when it came out way back in 1983. Exploding from the page of X-Men, the team of mutants were like X-Men Canada. John Bryne at his comic best, great cover, great art and great story. An awesome find and a great re-addition to the collection.
﻿ 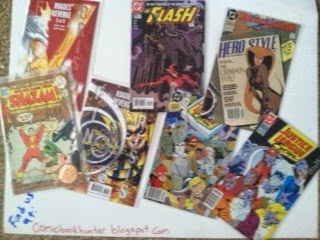 Filled in some of the titles that I have been gathering, The Flash Vol. 2 #205 (Feb 2004) guest staring Batman. Justice League Europe #21, 23, and 26 (1990-1991) Only 15 more issues to go. Final Crisis: Rogues Revenge #2 and #3,(2008) Final Crisis by Geoff Johns and Scott Kolins starring the Flash Rogues, My favorite villains in the DCU.  Finally picked up another gem, I have begun collecting some older titles, Shazam #18 (1975) My first Shazam! comic, in fine condition and steal for $1 even if it is written for kids. Aren't we all just little children inside. 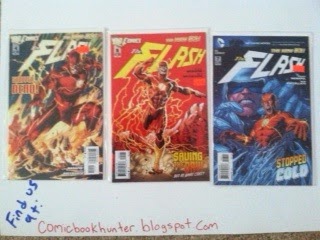 ﻿
Also went to the variant cover bin, a regular stop on all our convention hunts, picked up three more The Flash New 52 issues #4, 5 and 7 each one was only $2.50. Variant covers contain art by different artists then the usual artist. #4 was done by Eric Basaldua, #5 by Gary Frank and #7 awesome Dale Keown art.
﻿ 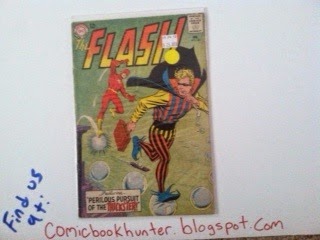 Finally the big bang of the hunt, The Flash #142 for $25. Adding another one of the Barry Allen Flash issues to the collection is always a priority for every hunt we are on but it is getting harder and harder to find any o my missing issues, only 40 left. Also came across a Flash #105 which will be highlighted in an upcoming post. 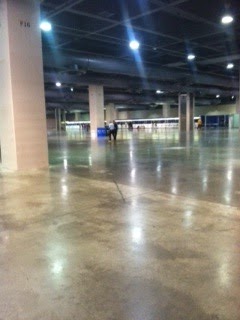 We left the con, after waiting till 9:30 to get an autograph from Norman Reedus   so it was pretty empty (see photo of floor). A fun day was had by all not the greatest hunting grounds but the best day of my daughters life.

More news on WW Philly, original commissioned art up next.