Rennigers Flea Market - On the Hunt in Florida


If you ate a true hunter/gatherer you are always on the look-out for things to add to your collection. This week we are blogging from Melbourne Florida. Our first stop on the hunt in Melbourne was the Rennigers Flea Market.

Flea markets are a great place to get some REAL deals. I mean some old items cheap or some items you never knew existed at a price you can't believe. 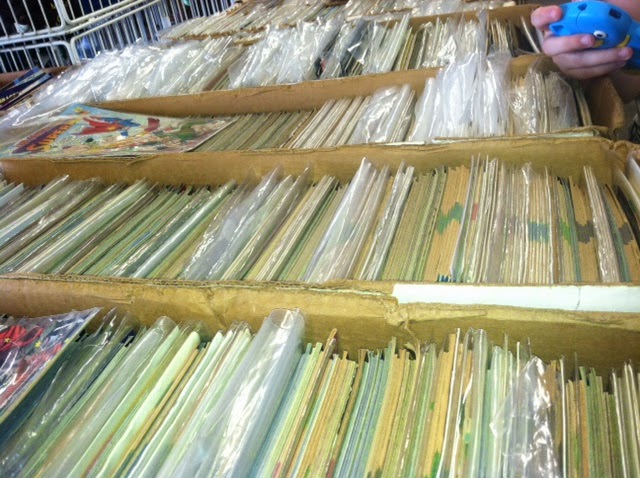 We ended up spending about $25. Walked away with 21 comics to add to the collection, a Captain Cold happy meal toy and 3 DVD's. My daughter, who is turning in to an excellent hunter, bought some Star Wars figures and costum badges from here favorite shows.

Run down of what we picked up in the dollar bins: 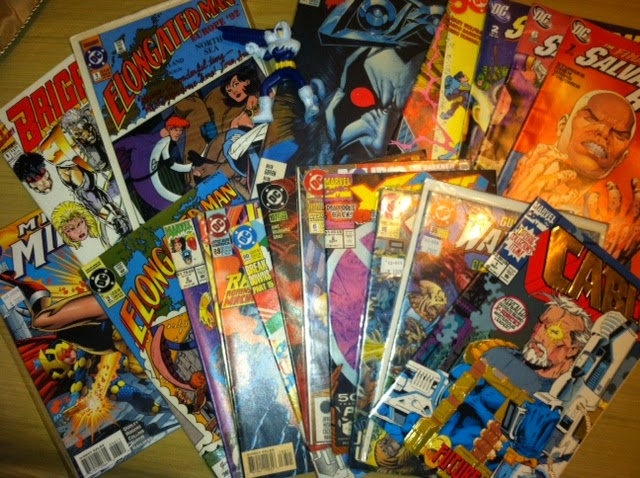 As I have mentioned many times before I enjoy the humor that was found throughout DC comics in the early 1990's, so I picked up the Elongated Man issues, which I didn't even know existed and the Guy Gardner Warrior ones, I have started putting this run together.

Cable #1 and Lobo #1 seemed like steals for a dollar. Both characters were very popular in the mid-90's. I think of these as key issues during comics big boom. Both heroes are in that gray not really a hero but not a villain area.

The New Teen Titans issue is a Crisis tie-in. Crisis of Infinite Earths was one of my favorite DCU events, it changed the complexion of the entire universe. Some heroes died others were elevated to stardom. If you never read it pick it up next time your shopping. I am looking for all the cross-over issues.

Salvation Run stars the a Flashes rogues and I have been on the look out for the 7 issue limited series.  I highly recommend it if you are a fan of the villains.

X-Force is filled with Rob Liefeld goodness. I really enjoyed the art back when these first came out. such detail. I also recently picked up a copy of issue #1 at Special Edition:NYC. Think I might piece together an entire run. Plus X-Force #2 is the second apperance of Deadpool. We all love Deadpool.

Same goes for the Invaders, I picked up a copy of #1 recently so why not start another title search, one book at a time.

I has never heard of the Brigade but it has. Liefeld cover and looked like one of the great attempts at heroes by Image. We'll get deep into Image in a future post.

Finally the Legion of the Superheroes was just because. Never read the title but have heard so many good things about it. Time to give it a try.


We also picked up three DVDs for .75 each. Batman Begins, Catwoman and the Hulk. We are planning on watching every Superhero movie ever made this coming summer. We are starting with the 1966 Batman and ending with Guardians of the Galaxy. We will be creating a video blog to give our reviews so keep an eye out for more updates.

Good luck in your Hunt
#jointhehunt
Posted by NY Crush at 5:26 AM