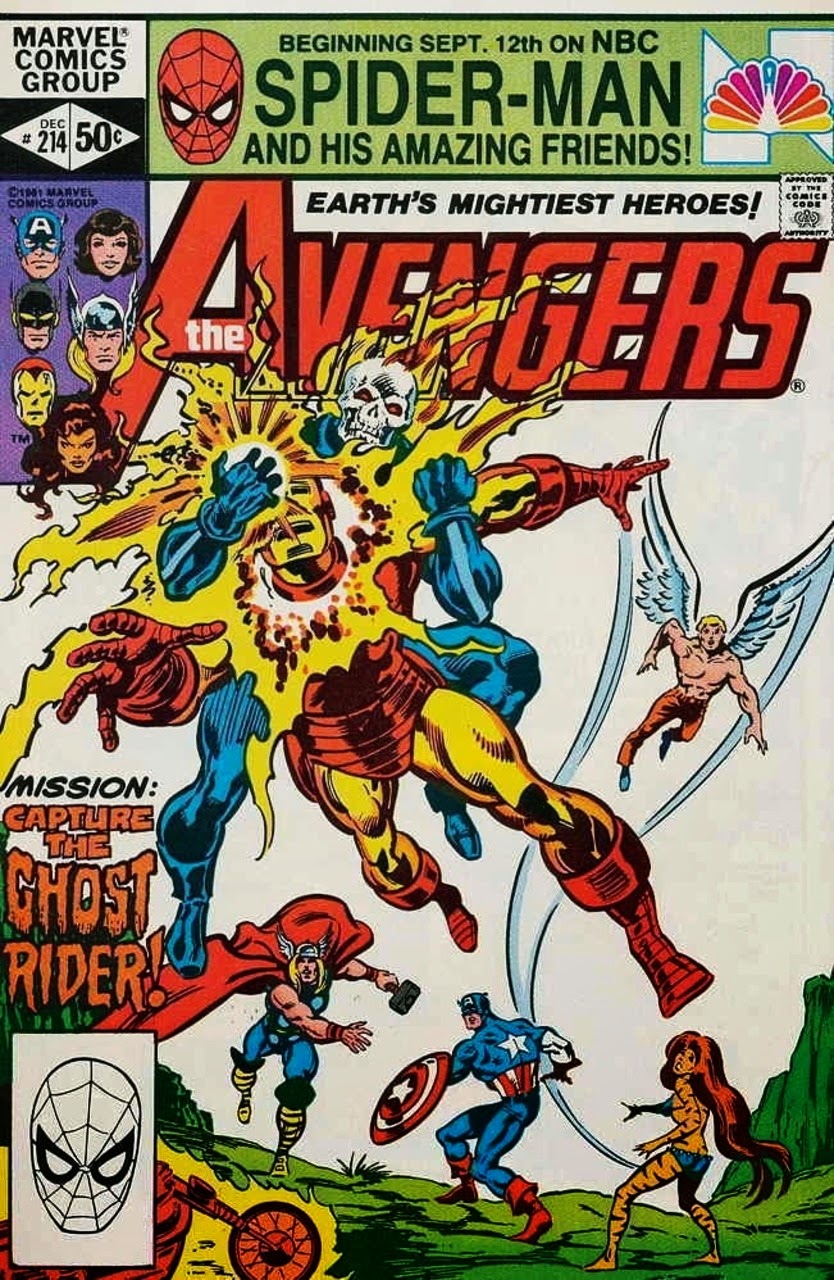 I have been collecting comic books for over 35 years. Throughout those years I have owned some comics that standout based on their cover art. Avengers #214 & #196 are two such comics.

As a kid Avengers #214 was one of  my prized possessins. It contained Ghost Rider and Angel battling each other while the Avengers try to capture the Ghost Rider. I really like how the over shows Ghost Rider attacking Iron Man. This issue was release in December 1981, I purchased it off a spinner rack on a visit to my local drug store. I recently repurchased the issue while on a hunt in New Jersey. 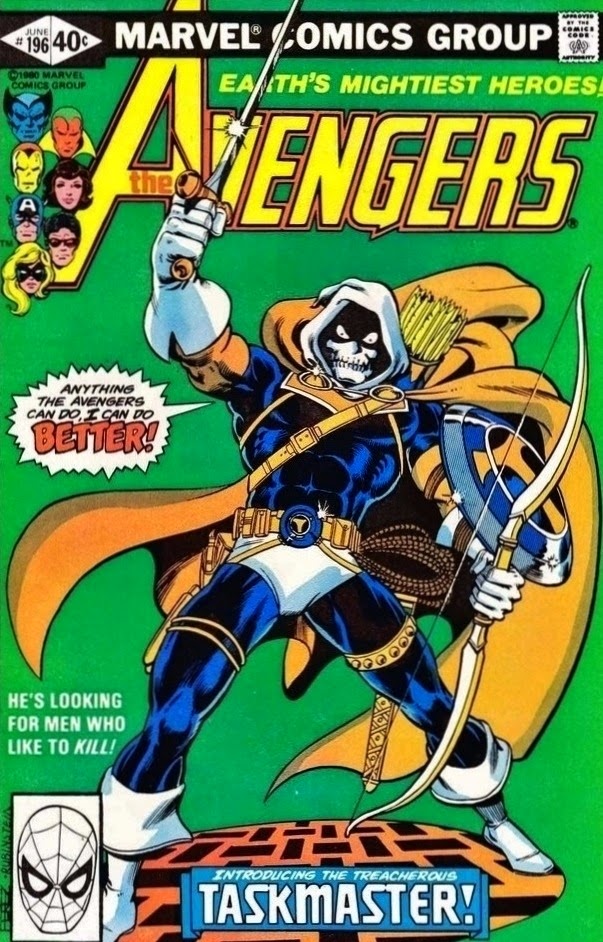 Avengers #196 also had an awesome cover. The new villain Taskmaster graced the cover. I had no idea who he was but he looked awesome, he still remains one of my favorite villains in the Marvel Universe. The Taskmaster origin is told in this issue and it is his first full appearance.
Taskmaster can duplicate the powers of the Avengers, he has a shield like Captain America
and bow and arrows like Hawkeye.

I am still looking to repurchase this issue which I original hunted down back in June 1980
for .40( cover price)

When I was a kid the cover played an important role in comics I purchased. The Avengers
always seemed to,have cool covers.

I will be sharing more cover stories in future posts.

Enjoy your hunt!
#jointhehunt
Posted by NY Crush at 3:03 PM