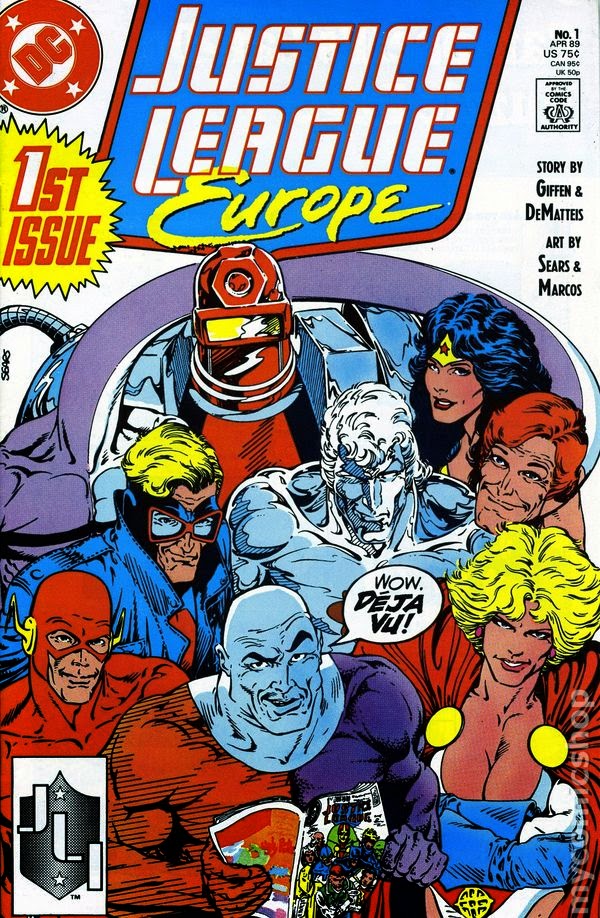 On a recent hunt at Special Edition- NYC I had Keith Giffin sign a copy of Justice League Europe #1. The Justice League Europe roster of heroes was an excellent mix of personalities which of
throughout the series led to comedy. One of the most interesting characters and my favorite
Russian was Rocket Red.

Rocket Red from the Justice League Europe run was Dmitri Pushkin who was Rocket Red #4. He formed a connection with Buddy Baker, Animal Man, during his time with the JLE. Dimitri was the only European on the team initially. He retired from the JLE for a many year before coming out of retirement and being killed in The Omac project. Rocket Red self-destructed in-order to save the other members of the old JLI. His last words to Booster Gold were "My wife and children, Michael ... tell them I love them." He came back as a Black Lantern during the Blackest Night story arc.

Along with appearing in comics Rocket Red was also on the Justice League Unlimited cartoon and had an action figure as a result. 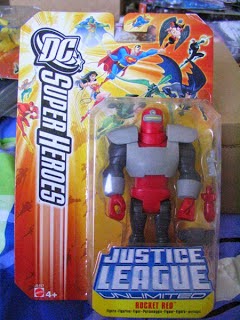 Good luck on your hunt comrades!
#jointhehunt
Posted by NY Crush at 5:29 PM