If there is anything about comic books that almost everyone can agree on, there aren't many things, it is that Stan Lee is the greatest ambassador of comics that has ever lived. Love him or hate him, we love him, he has done nothing but help develop comic books into the entertainment juggernaut it is today, subsequently he created the character the Juggernaut. All of Stan's excelsiors and 'nuff saids started pretty modestly with Captain America Comics #3. 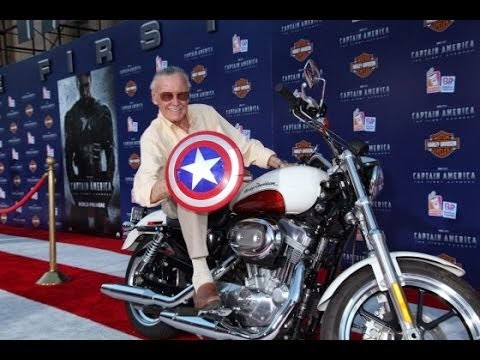 Back in the the early 1940's comic books were experiencing their Golden Age, at this time many publishing houses were popping up. One such publishing company was Timely, they would later become Marvel Comics. Timelys flagship character was the Nazi fighting World War II hero Captain America. He was the second of their characters to get his own title, Red Raven was the first.
Working in the Timely offices was a young man who had the desire to be a famous writer, young Stanley Lieber at first did odd jobs around the Timely offices. Finally he was given the opportunity to write, he made his comic-book debut in Captain America Comics #3 even if it was only the text filler "Captain America Foils the Traitor's Revenge", the issue was released in May of 1941. Stanley used the pseudonym "Stan Lee",which years later he would adopt as his legal name. This story introduced Captain America's trademark ricocheting shield-toss, which immediately became one of the character's signatures.  The rest of the story is history, Stan Lee would go on to create or co-create most of Marvels important characters.

If you would like to own a copy of this historic comic you will have to open your wallet and possible part of your bank account, a CGC high grade is about $12,000 plus. ComicConnect recently sold a CGC 6.5 for $6,000. This is a great piece of comic book history and if you have the cash it is worth the money. Start your Stan Lee collection with the start of Stan Lee. 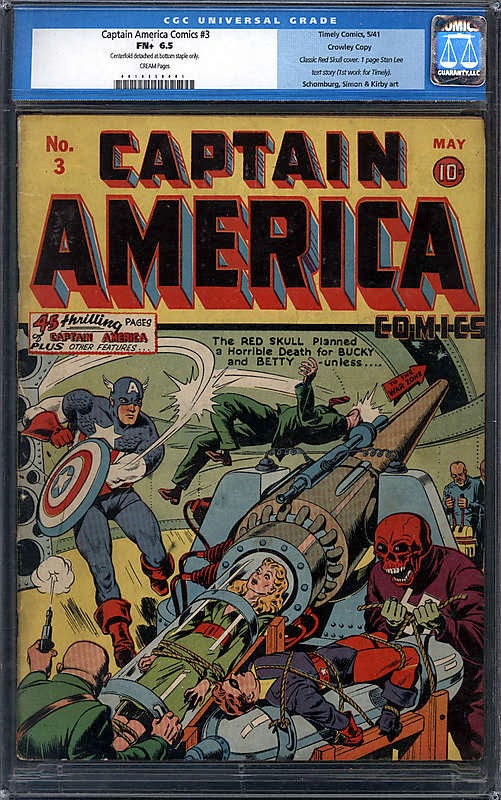