The Sad Story of Action Comics #309 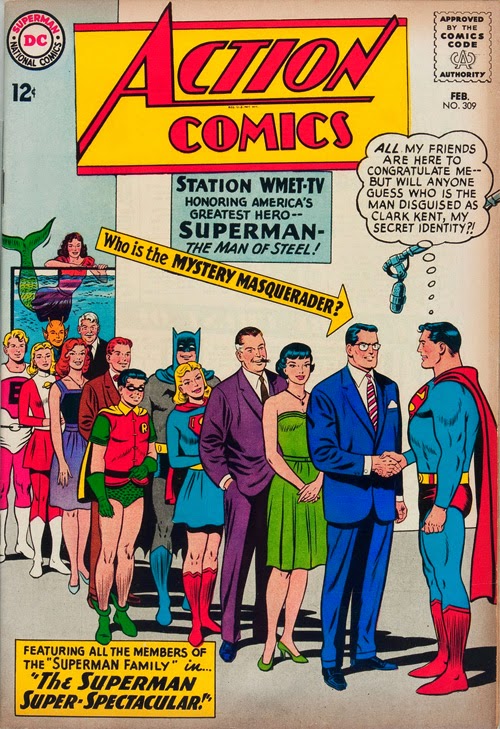 Strange coincidences happen all the time both when dealing with comics and real life, the story of Action Comics #309 crosses over between the two worlds.

Back in the 1960's many of Supermans issues including Action Comics had covers that, instead of showing fight scenes from the issue,  showed some type of née to solve mystery. The cover of Action Comics #309 showed Superman shaking hands with his alter ego, Clark Kent. Prospective buyer were supposed to see this cover on the newsstand and want to see why. 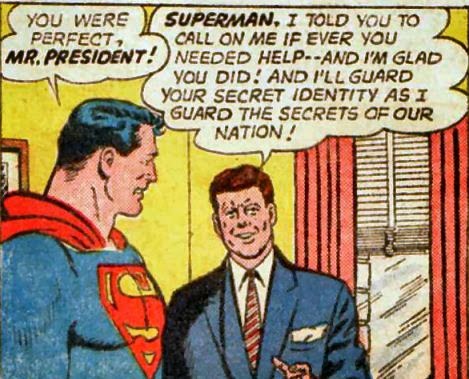 The Superman story in this issue has Superman being asked by a television show to meet with former/current friends including Clark Kent. In order to pull this off Superman asks for help from a very powerful friend. President John F. Kennedy agrees to help the Man of Steel, so he dresses up as Clark Kent. He agrees to keep Superman's secret identity secret. 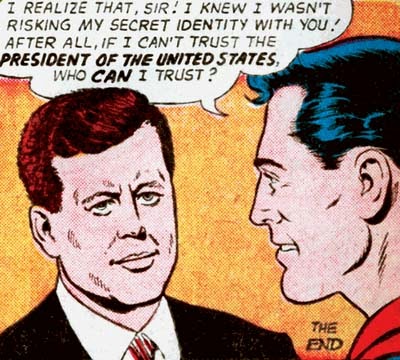 The sad part of this story is that this issue hit newsstands days after President Kennedy was assassinated on November 22,1963. In those days comics began shipping throughout the country weeks before they hit newsstands making it to late in the process for DC to recall the issue.

Only about 35 copies of Action Comics #309 have been graded by CGC, the highest being a 9.8. You can add a copy to your collection for less then $10 ungraded and a couple of hundred high grade.

If nothing else this issue would be a fantastic conversation piece. It does have a historical back story.

Good Luck on Your Hunt!
#jointhehunt
Posted by NY Crush at 4:58 AM