Korath the Pursuer in Guardians of the Galaxy

It is day 2 of the Guardians of the Galaxy takeover. As the movie soars at the box office we continue our look at the characters. This entry you are reading instead of seeing GOTG for a second time will focus on Korath the Pursure.
The first appearance of Korath the Pursuer was in Quasar #32 which can be hunted down and added to your collection for only a couple of dollars. It is worth hunting the first appearance of Korath in Quasar #32 just for the fact that Greg Capullo did the art in the issue


Korath is a member of the alien Kree race. his body was enhanced during an experimental cyber-genetic engineering process giving him  superhuman strength, stamina, and durability. He also has the ability to psionically locate individuals by tracing their brain patterns. Korath is an expert in cyber-genetic engineering, he headed the Kree Empires Pursuer Program which created cybernetic enhanced warriors. 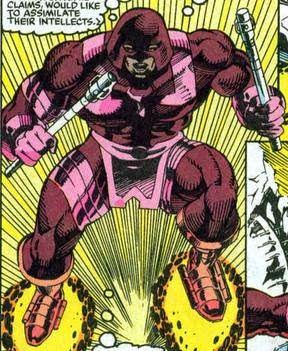 First Appearance
Korath first appeared in Quasar #32 which was released in March 1982, the story was written by Mark Gruenwald with art by Greg Capullo. It is part 3 of the Galactic Storm crossover event. In the issue the Kree/Skrull war erupts and Quasar tries to convince both sides to settle the dispute. It is interesting to note the for newsstands the issue was re-numbered as #1
In Guardians of the Galaxy
Korath the Pursuer is played brilliantly by Djimon Hounsou. He is tasked with capturing Starlord. 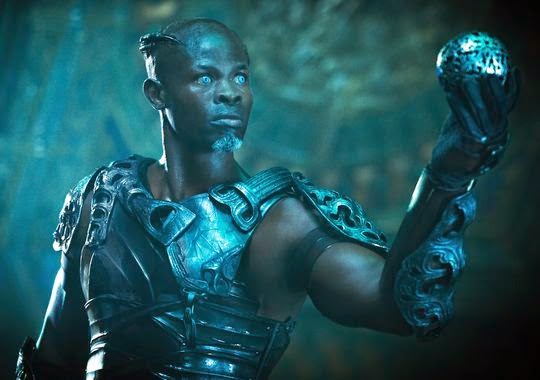 So go forth and hunt down all the GOTG first appearances, go see the movie again and
Posted by NY Crush at 4:49 AM

Email ThisBlogThis!Share to TwitterShare to FacebookShare to Pinterest
Labels: Guardians of the galaxy, Korath, marvel, quasar