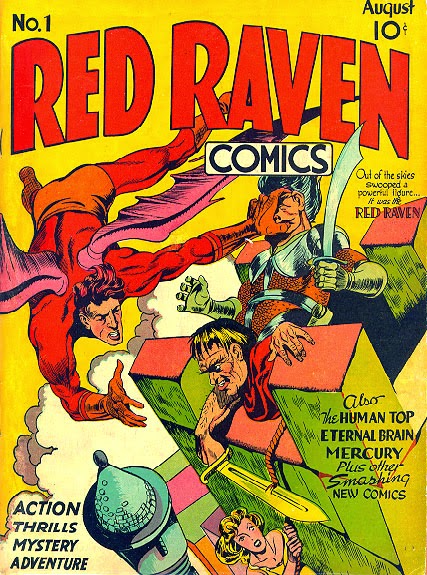 In October of 1939 Timely Comics, the publishing company that would one day become Marvel Comics, released their first superhero based title called Marvel Comics #1. They followed up this high selling comic with among other titles Red Raven Comics #1, which was released in August 1940. It was the first and only issue under this title, issue #2 was renamed after one of their most popular characters The Human Torch.  Red Raven Comics was in fact the first Marvel superhero to have his own title and it contains Jack Kirby 1st work at Marvel but Red Raven wouldn't be heard from again until 1968. This issue #1 became extremely rare and somewhat impossible to find. It is valued at around $500,000 in CGC high grade.

Along with Red Raven a number of other characters were also introduced in this issue, the Human Top, a character named Mercury,  originally presented as the Roman god but later revealed to be one of the Eternals.  Also introduced were Magar the Mystic, the all-seeing Eternal Brain, space adventurer Comet Pierce, and hapless policeman Officer O'Krime. None of these characters would appear in the Human Torch title. 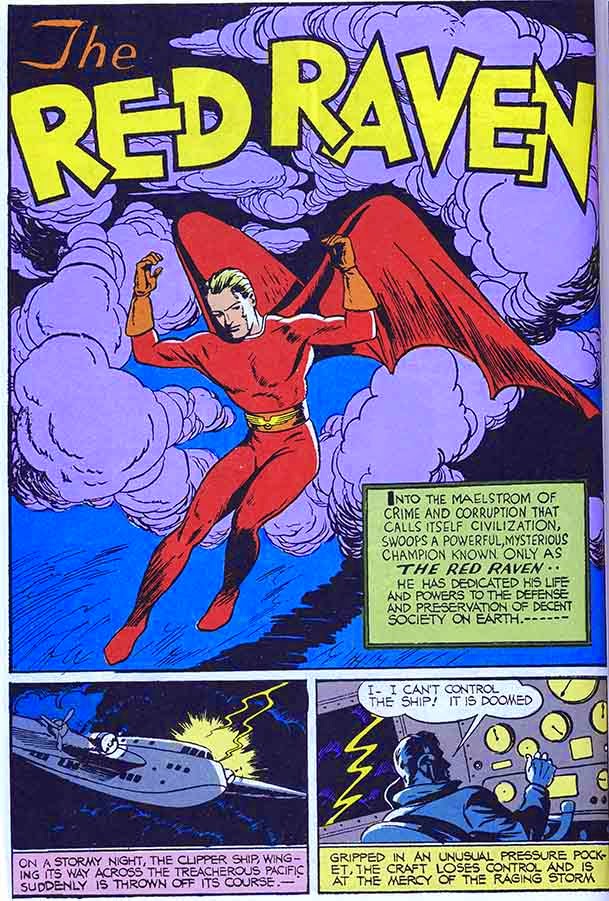 
A small child is the only survivor of a crash on the floating island of the Bird-Men. Their King raises him and on his 21st birthday sends him back into his world with a gift of artificial wings as the Red Raven. Once in the human world, he fights the demons Zeelmo and Ratoga who are draining the world of its gold. Red Raven would not appear in a comic book again until 1968 when he appeared in X-Men #44, which in itself is a great issue to add to your collection. 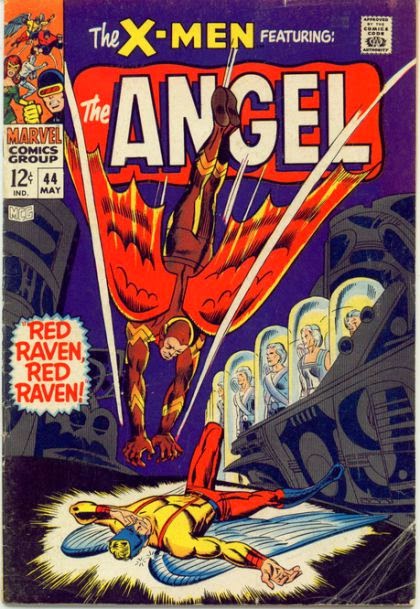 The most well known copy of this issue comes from the Edgar Church Collection sold by Mile High Comics.

This is another one of those historic comics that I would just like to see in person and take a photo of. Very few issues are known to exist. If you see one and can afford it pick it up it is truly a piece of comic book history.