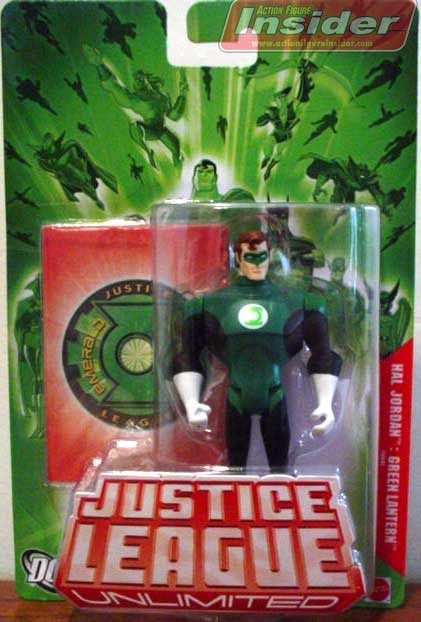 I am a big fan of the Justice League Unlimited line of action figures, I collect them with my youngest daughter. Our goal is to get each figure that was produced.  Some figures will be much harder to find then others.
Recently we did a post about the unproduced Aquaman figure. The Aquaman figure was not officially produced, it was supposed to be  but never made it to production. Some samples are believed to exist. The rarest of the produced figures is without a doubt, the Hal Jordan Green Lantern Figure.

Mattel had this figure made as a Christmas "Thank You" to the staff at Warner Brothers Animation, DC Comics and Mattel that has worked so hard on the JLU and DC properties all year. Each figure was signed by JLU co-creator and Producer Bruce Timm. The figure is even packaged on a unique holiday-themed card designed exclusively for this figure.


So if you happen to come across one and it doesn't cost you an arm and a leg buy it. After you buy it send us a picture, email is best Farleyclan003@yahoo.com or just buy it for me.

Good Luck on Your Hunt!
#jointhehunt
Posted by NY Crush at 4:58 PM