The Edgar Church Collection - The Greatest Hunt Ever!


There have been many stories of a comic collector finding a treasure or two while hunting, no tale is as grand as that of the Edgar Church collection. If you know about it you wish you could find something like it, if you never heard about it enjoy the story below. I have always wanted to build a collection like this, one so grand CGC notes it on the grading. CGC specifically marks the pedigree of each issue that comes from the Church collection with the notation Edgar Church (Mile High).

The story of Edgar Church's comic book collectin starts way back in the 1940's. What would one day become knowas one of the greatest single collections of comics was assembled by Edgar Church, a commercial artist from Denver, Colorado. Mr. Church was in advertising and put this collection together for reference purposes and perhaps for market research. Many of the comics in the colle tino appear unread. In 1977 Edgar was on his death bed, his family wanted these stacks of comic snd other newpring cleared out of the basement, so they got in touch with comic dealer Chuck Rozanski. What Rozanski would see when examining the collection would change the world of comic books. There were 18,000 comics from the late 1930s to the early 1950s , the Golden age of comics. Most of the issues were in high grade condition.  All the important issues from comics’ from that Golden Age of comics were part of the collection, our favorite Action Comics #1, Detective Comics #27, Marvel Comics #1, Superman #1, the list goes on and on. 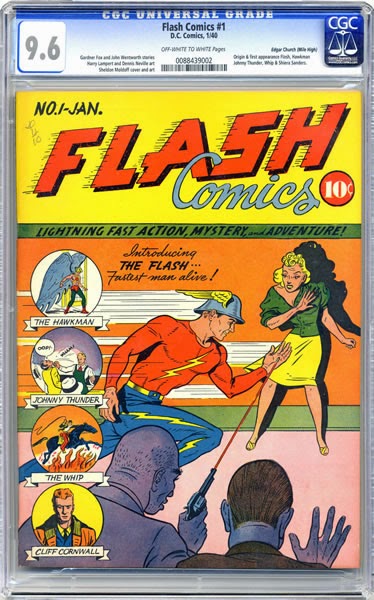 Rozanski began purchasing the collection from Church's family for around $1,800 he had assistance from some other dealers he knew. Over the next 30 years Edgar’s comics have been bought and sold many times over, they are held in many collections around the world. As you know the vintage comic market has exploded in the last few decades.  It is believed that the collection is valued in excess of $50 million dollars.  For example Edgar Church’s copy of Action Comics #1 is believed to be the best condition copy in existence and alone worth in the neighborhood of $3 to $5 million, it currently is held by a private collector. No photo exists of the issue.

Rozanski only saw a fraction of that sort of the current value from his original sales of comics from the collection in the 1970s and 80s. The last few issues were sold at San Diego Comic Con a couple of years ago. 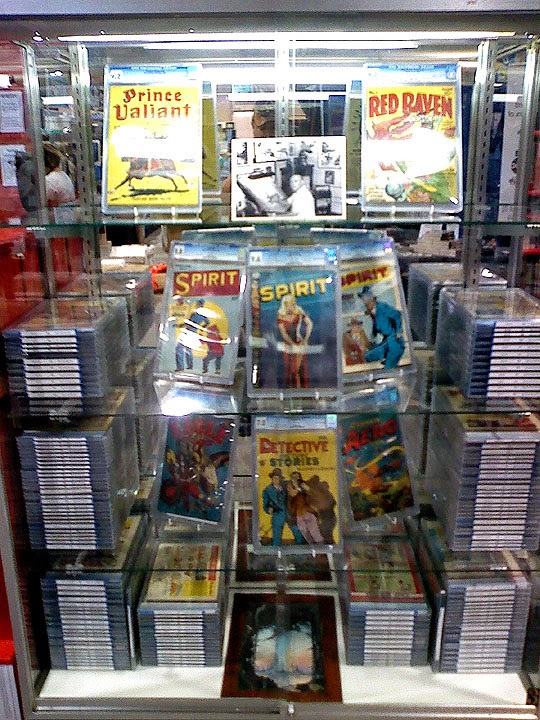 So what did Rozanski end up doing with the money he made from the Edgar Church collection? Well he built Mile High Comics one of the largest and longest operating comic book retailers in the country, with stores in the Denver area and a substantial mail order and internet business.  His both well known and respected in comic collecting community. Most comic reader will remember Mile High’s ads in Marvel comics of the 1980s.

The chain of events that led to Mr. Rozanskis purchase of the Edgar Chruch are the stuff legends are made of, the fact that he turned the discovery into a profitable comic book shop shows that Chuck was/is one of the great comic book hunters to ever live.  Many of us can only dream about finding a quarter of the comics he found on that day in 1977. This is proof of why many of us continue to hunt.
Good Luck on your Hunt! May some Rozanski luck be with you.
#jointheluck
Posted by NY Crush at 4:34 PM