A look back (and forward) at Marvels Infinity Gauntlet 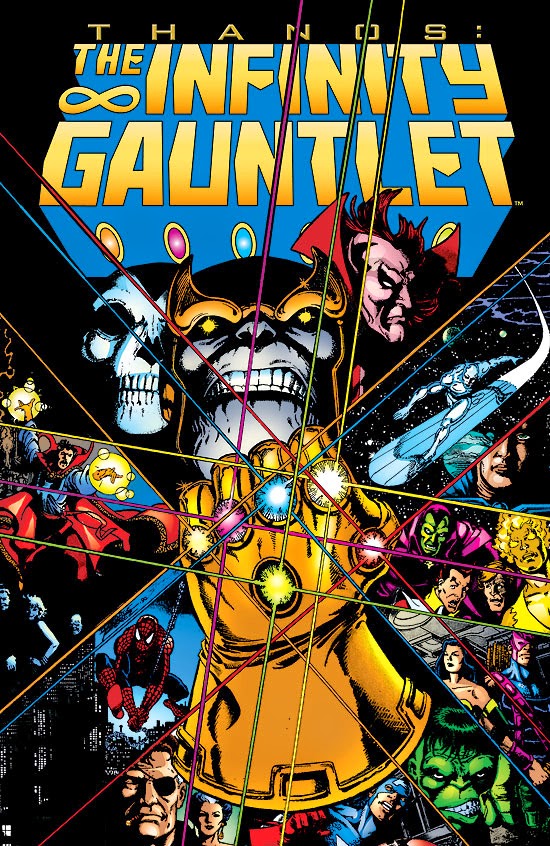 When I was a bit younger around the summer of 1991, Marvel Comics released a title crossing mini-series based around the demi-god Thanos. The story focuses on a glove called the Infinity Gauntlet that Thanos had created to control different aspects of the universe. The glove contains 6 different gems  each of which controls a different aspect and grants its bearer complete mastery over one aspect of the multiverse: Time, Space, Mind, Soul, Reality, and Power. 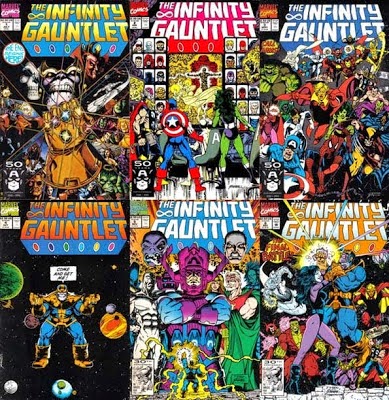 The story line started in The Thanos Quest mini-series which was two issues that showed Thanos collecting the 5 gems.

Once he has the gems affixed to the glove Thanos becomes all powerful and desperate to win the affections of  Death. Thanos decides to offer her a gift of love by completing a task she had given him. she wants him to erase half the sentient life in the universe including most of the X-Men Daredevil and the Fantastic Four. he does this quite literally with a snap of his fingers.


Thanos then battles the remaining heroes on Earth band together under the guidance of Adam Warlock. After defeating the heroes, Thanos then goes on to defeat and imprison many of the universe's cosmic entities—including Galactus, the Starnger, the Titan Kronos, Epoch, the entities Love and Hate; two Celestials, Master Order and Lord Chaos and Entrrnity. After defeating Eternity, Thanos leaves his body and becomes the living embodiment of the universe. This leaves his abandoned body vulnerable to his alleged granddaughter, Nebulla.
Nebula takes the Gauntlet off Thanos' hand then undoes all of Thanos' actions, restoring her from disfigurement, bringing the dead back to life, and reversing the damage done to the cosmos. Another battle with the heroes and cosmic deities ends with Adam Warlock taking possession of the Gauntlet, after which Thanos appears to commit suicide. Warlock's allies object when he plans to keep the gauntlet intact for himself, but he ignores them. Later, Warlock and his companions discover Thanos working at a farm while contemplating his loss and, satisfied that he is no longer a threat, decide to leave him be.
I have recently started putting this story arc run together again, I am looking forwards to the hunt.
If you are interested in hunting down the full run of the Infinity Guantlet here is the list of issues that played a part in the story arc: 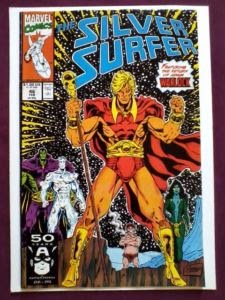 
The future of the Infinity Gauntlet

The Infinity Gauntlet is set to play a major role in the upcoming run of Marvel produced movies. We first see Thanos at the end of The Avengers. Then the Collector receives one of the Infinity Gems after the credits of Thor 2. We will see more in Guardians of the Galaxy. Hopefully Avengers 3 will be focused on the Infinity Gauntlet. Expect to see a bunch of releases related to the story. 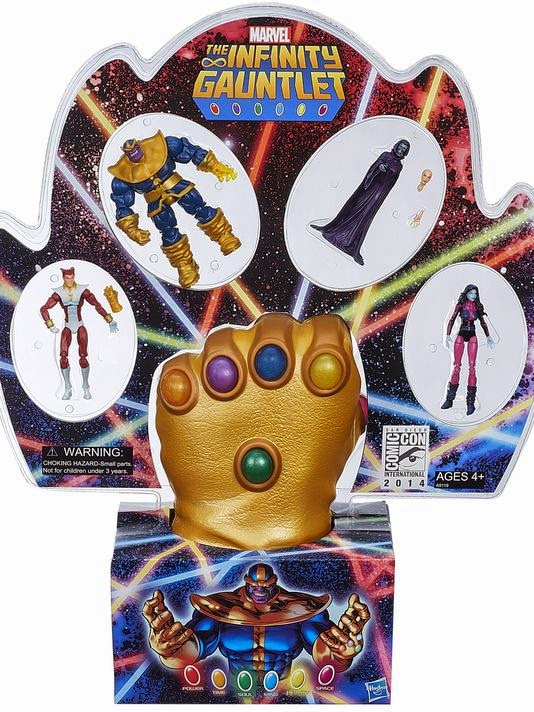 At SDCC there will be an Infinity Gauntlet figure set exclusive. This Hasbro exclusive will retail for $75. The Marvel Universe 3¾-inch figures comes will featureNebula, Starfox, Mistress Death and the cosmic villain Thanos!

There are many other Infinity Gauntlet items also currently available. Keep your eyes open and let us know what you find.

Good luck with this hunt!
#jointhehunt