Groot from Guardians of the Galaxy 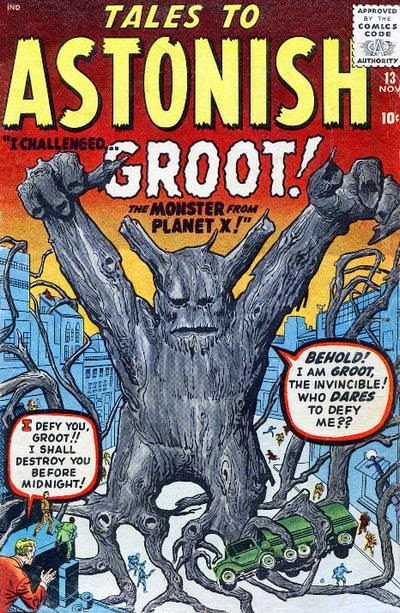 Since the movie Guardians of the Galaxy premiers tomorrow we decided to cover two characters today, Gamora was first and now soon to everyones favorite tree, Groot. Get ready to hear this a lot the next couple of week "I am Groot." Groot made his first appearance in Tales to Astonish #13. The issue was written by Stan Lee with art by Jack Kirby, released in November, 1960.
A mint graded copy will cot you about $5,000 while an ungraded average copy will be about $300. These early Lee/Kirby monster tales are highly sought after by collectors, value will continue to increase based on the popularity of Groot.

About Groot
Groot was originally the Monarch of Planet X, after being destroyed he was reimagined as the Flora Colossus from Planet X, the capital of the branch worlds. The Flora Colossus are tree-like beings who are highly intelligent but due to their anatomy their language consists of  repeating the phrase "I am Groot".


After landing on planet Earth Groot the Monarch of Planet X absorbs wood objects into his body, growing larger. He then uses his abilities to control trees to try to take a small town back to Planet X so that it can be studied by scientists. A scientist from the town uses a specially breed colony of termites to defeat Groot, who many believed to be dead after the encounter. 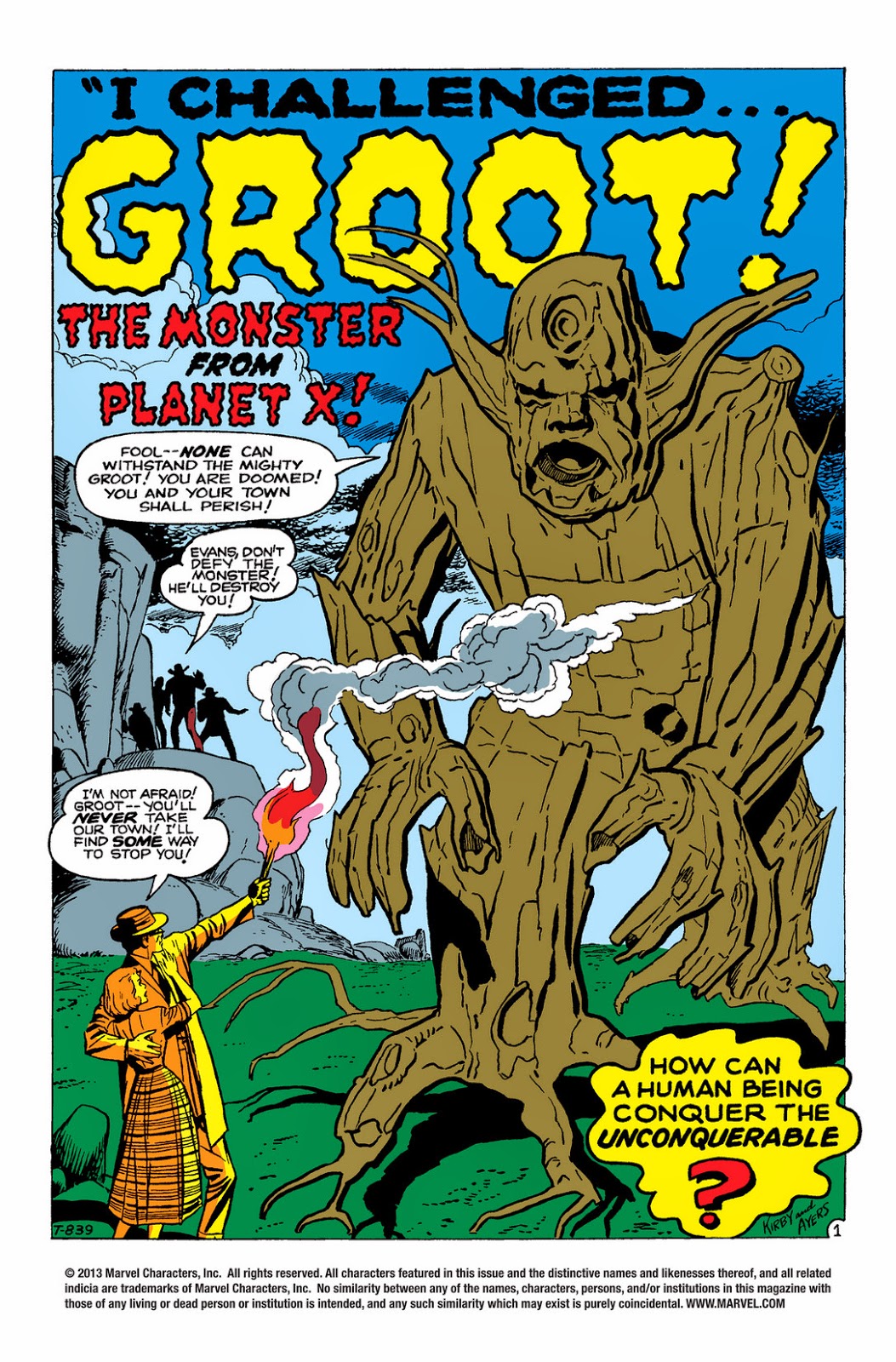 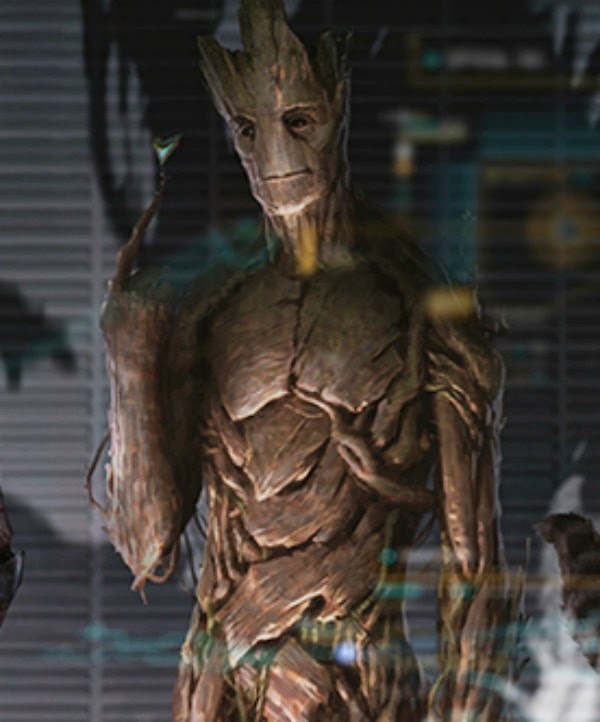 Tales to Astonish #12 like many other issues in this monster themed title are very hard to find and should get harder to find after the Guardians smashes it at the box office. So go and hunt down a copy for your collection, make The Collector proud.
View our Guide to Guardians of the Galaxy to find out information about other characters.
I am Groot
#jointhehunt
Posted by NY Crush at 6:39 AM