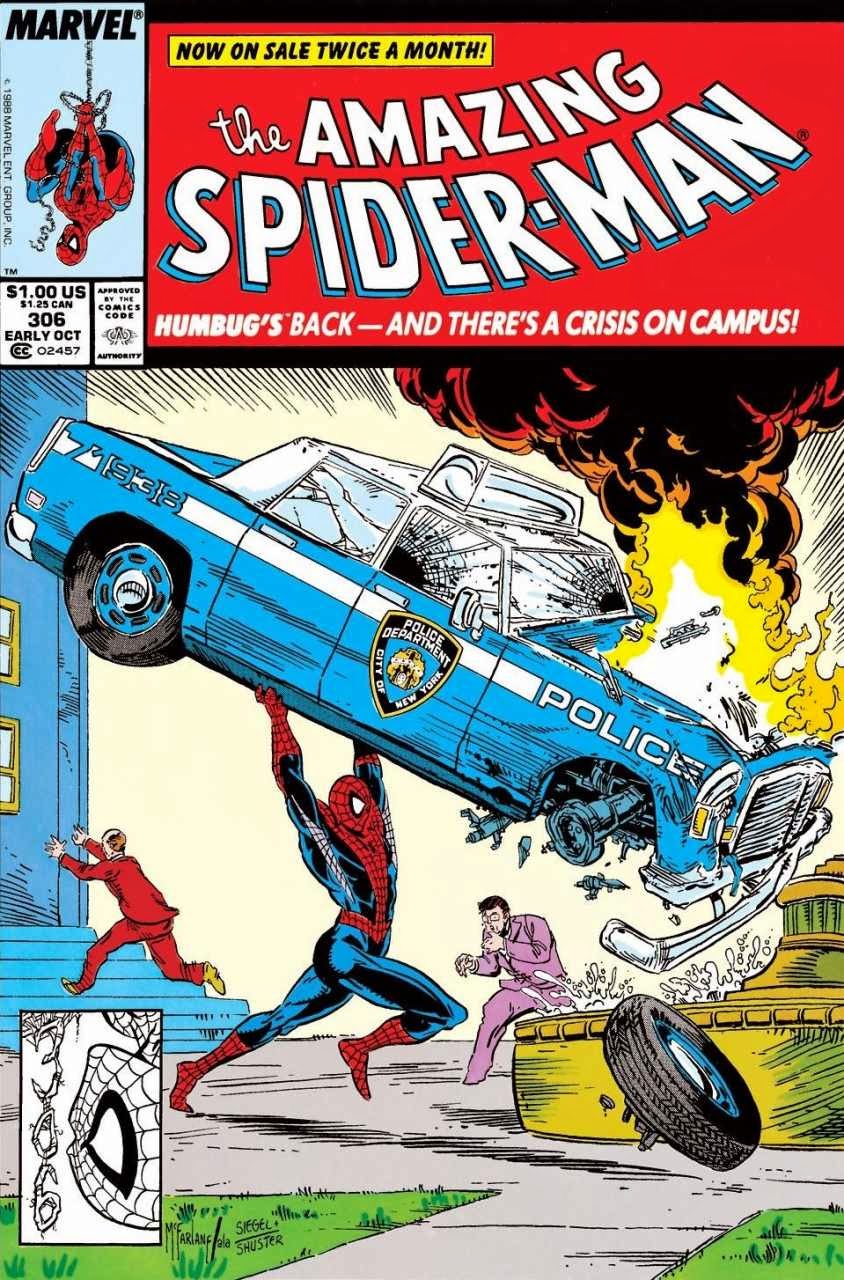 If you have been reading our blog you already know that we have dedicated a bunch of posts this week to stories of Action Comics #1. Each post tells about a different copy of Action Comics #1. Obviously we are a fan of the history of comics and the important that the first apperance of Superman plays in it.
If you have been folowing us for awhile then you also know that each week on Wednesday we look at a whacked comic cover just for fun.

Apparently we aren't the only ones who sees the importance that Action Comics #1 holds, comic artis, writer, mega-star Todd McFarlane also does. His fondness for Action Comics #1 has given us our Wednesday Whacked comic cover- Amazing Spider-Man #306.

With this cover Todd Mcfarlane pays homage to Action Comics #1 but replacing The man of steel with your friendly neighborhood Spiderman.

Todd's ode to Action Comics #1 didn't stop there a few years later he again paid homage this time with Spawn #228. Superman is again replaced is time with Spawn. McFarlane went even further with this covers he imitated the entire look including the logo and pricing. 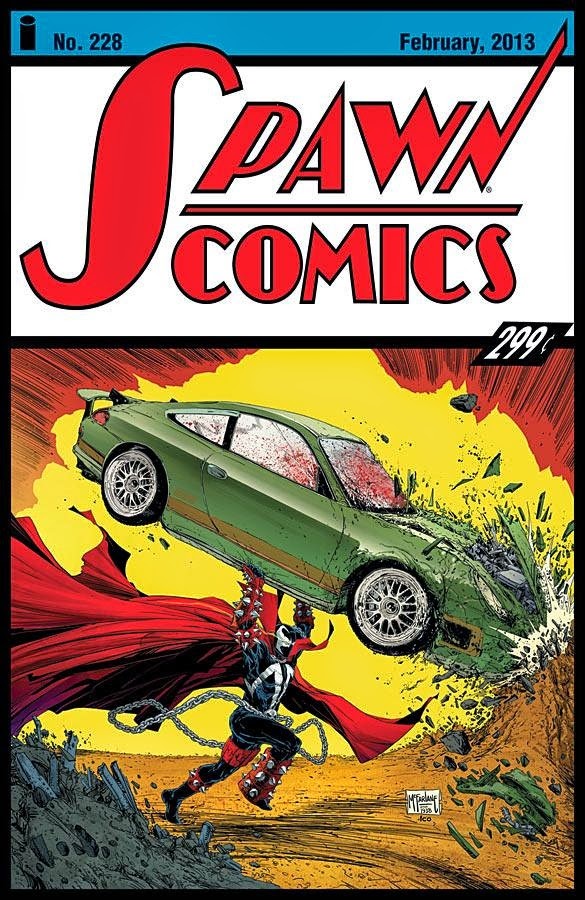 If you have any comic covers that also pay homage to Action Comics #1 send us an Email with a photo and description.

So if you can't afford your own copy of Action Comics #1 search around for one of these two whacked replacements.

Good Luck on Your Hunt!
#jointhehunt
Posted by NY Crush at 5:57 AM