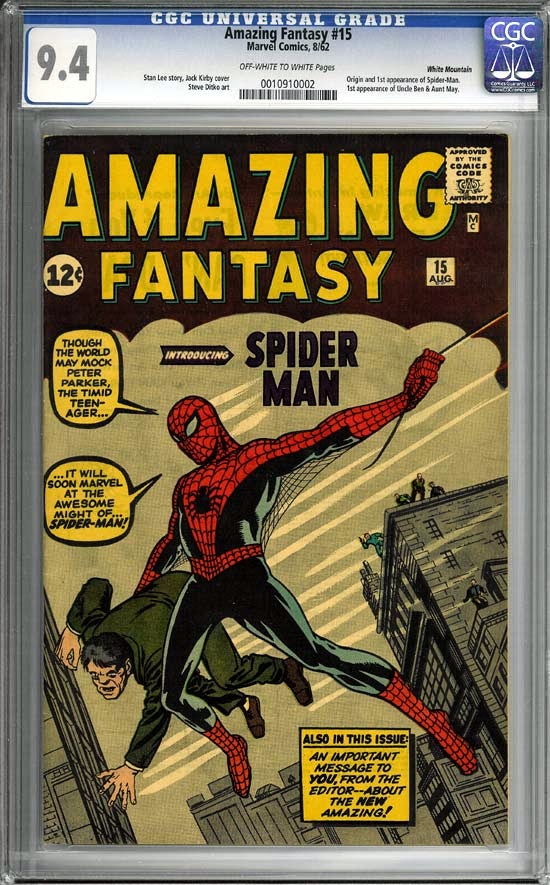 Here at Hunter and Gatherer we have looked at different copies of the most valuable comic book, Action Comics #1, the first appearance of Superman (see Stories of Action Comics #1). This comic comes from the 1930's and is considered to be the start of the Golden Age of comics. Following the Golden Age was the Silver Age. There has been no argument as to the most valuable Silver Age comic, it is Amazing Fantasy #15. This comic published in 1962 is the first appearance of Spider-Man. It is as important as Action Comics #1 in terms of comic history.

"Over the last decade it has become a rather legendary copy because it was in the hands of a collector and no one thought he would sell," Fishler said. "The owner came up with a figure that he didn't think anyone would pay, and it was paid."

Amazing Fantasy #15 was written by Stan Lee, art by Steve Ditko, cover art was done by Jack Kirby and Ditko. Original cover price was 12 cents. The main character  Was the Amazing Spider-Man who created by Stan Lee and Steve Ditko. The funny part about this issue is that the title was canceled with issue #14, issue #15 was a throw away issue, much like Superman was a throw-in in Action Comics #1, Spider-Man wasn't supposed to happen. We are all glad he did. 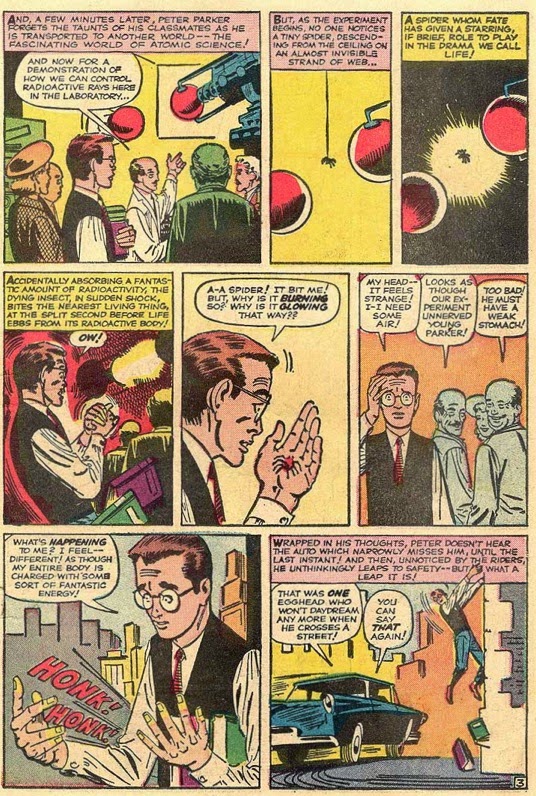 Since Peter Parker was first but by a radioactive spider and transformed into your friendly neighborhood Spider-Man, the character has become a comic book juggernaut. Various titles, movies, toys and almost anything else you could think of. By far the most popular of Marvels
Based on Spider-Mans popularity Amazing Fantasy #15 has long been prized by collectors, it has been ranked #1 on Overstreet Comics list of Silver Age comics for many years. A mint CGC graded 9.6 recently sold for $1.1 million dollars, pretty good for a comic from 1962. Lower grades sell in the $50,000 range.

So as always get out there and start hunting for one, you never know where one might turn up. And remember with great power also comes great responsibility. 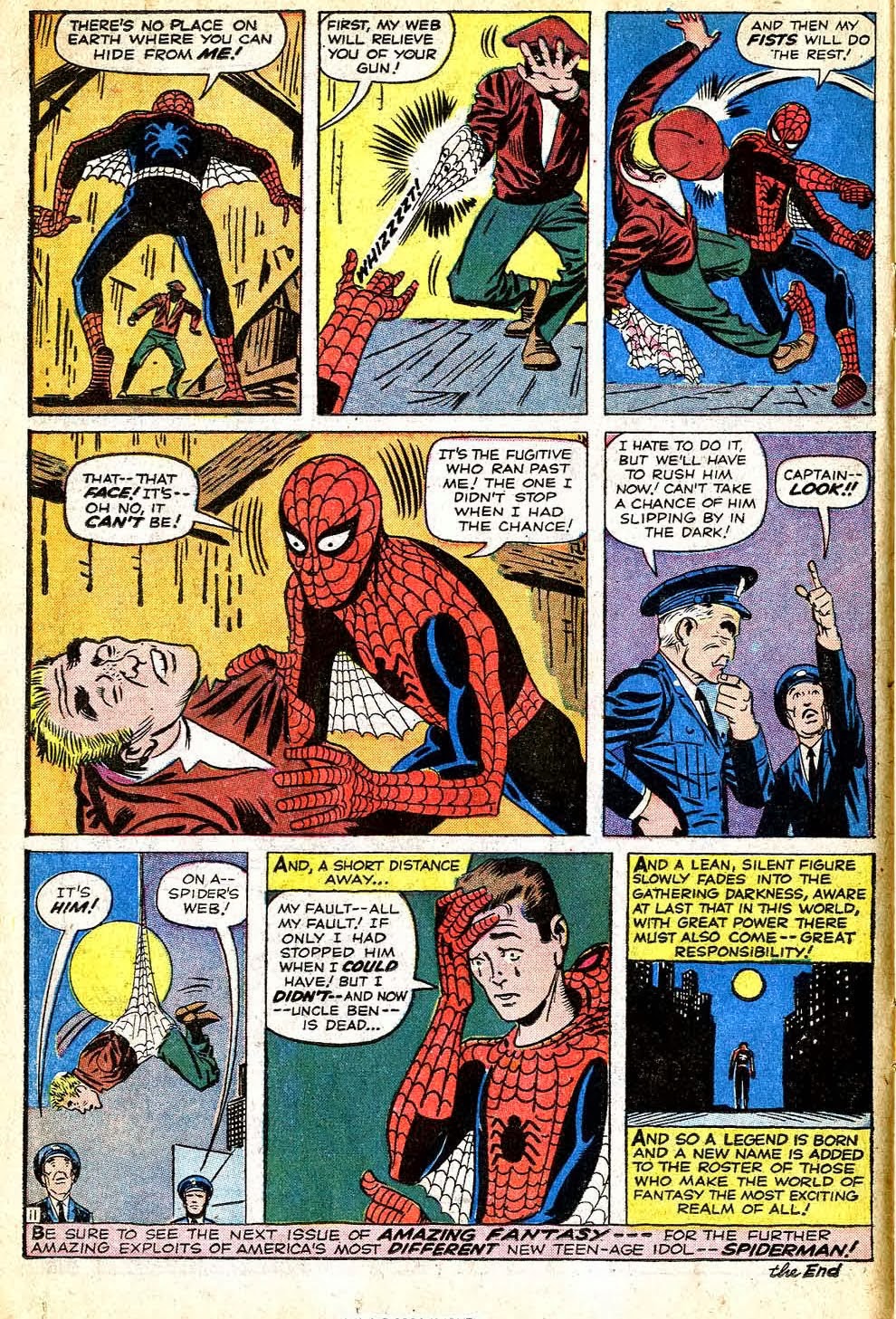 Good Luck in your Hunt!
#jointhehunt
Posted by NY Crush at 4:56 AM