Great Allentown Comic Con - A convention like days of old! 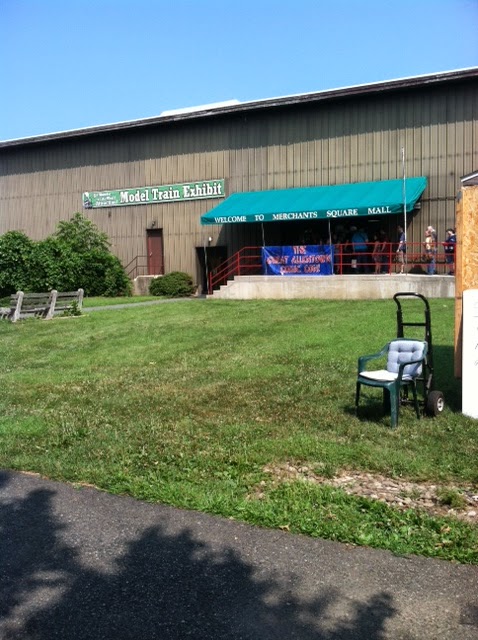 We attended the Great Allentown Comic Con today, it is not our first time there. We go back each year simply because not only is it a good place to hunt for comics and collectibles but it reminds us of conventions we used to attend when we were younger.

Back in the 1980's/early 90's comic convention were not by any means the mega events they are today. They were not held in huge convention centers either. Usually they would be in a hotel or some other small venue, possible a school gymnasium or local VFW (yes I have been to shows held in all of the above). The Great Allentown Comic Con is held in the Merchants Square Mall, which is like a flea market filled with collectible shops. This is one of the reasons we go back each year, it reminds us of shows from the past.

The show from a huntability standpoint is great. Both in the show area and in the flea market area. I combined the two because we make purchases at both when we attend the con.

There are not an over abundance of dealer, although I suspect with the increase in attendance this year there will be more next time. The dealers have good deals on back issues and older toys, what we all hunt. Plenty of dollar boxes, discount trades and even a dealer who has almost all .25 comics and he has a lot. Toy prices are better then online and at others shows, the dealer tables are less expensive here then at the big shows, so guess who the saving trickles down to, US! The show also has many higher dollar Golden and Silver Age books so I you are looking for those hard to find issues, you might find it at GACC. 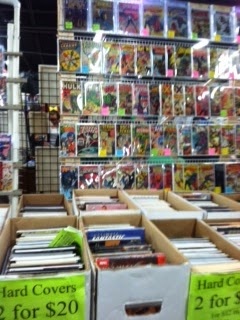 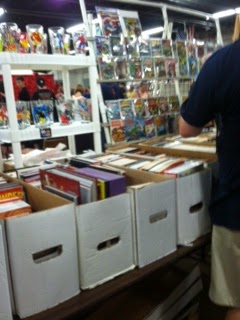 The spoils of the hunt!
So with all this talk about how great the Great Allentown Comic Con is ( I know why they use great in the name), what did we pick up today. The quick answer is a lot.

$2 Bins
We went through the $2 bins first, figured we would make our way down in price bins. Picked up four The Flash volume 2 issues (Wally West series), # 169, 180, 246 and Annuals 9. Still working on completing the entire run. Really enjoy this series.


Variant covers
One of the vendors had variant covers for only $5, which sounds good not great, right. Turned out to be awesome as he had a New 52 Flash #1 Ivan Reis cover, this is really hard to find. Also grabbed a The Flash Brightest Day #6 variant. $10 well spent. 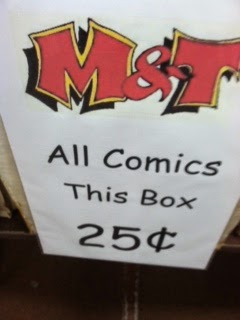 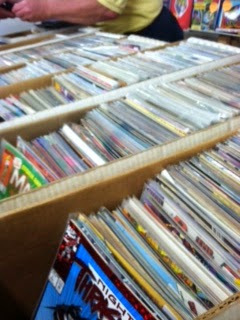 The Mall
After we left the convention area we walked around the regular everyday mall area, bought a bunch of toys including an unopened JLU 3-pack and some Flash happy meal toys, all at really inexpensive prices. One of the toy dealers in the mall is a really nice guy and works with you on price. 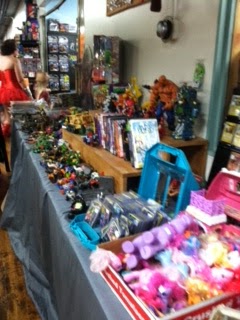 We also walked around the auction area, they have one each month. We came across a memory while looking at the items up for auction (see picture below). I used the same Batman and Robin alarm clock to,wake me up for school from first grade to fifth grade. Haven't seen one since then. One thing you can't predict sometimes at a convention is the memories that you'll not only create but also recall from the past.

Overall GACC was a huge success on so many levels.

How can you not go to comic conventions? The value for hunting is better then anywhere else.
Make plans to attend the next installment of the Great Allentown Comic Con or just to visit the Merchant Square Mall one afternoon

Good luck on you hunt!
#jointhehunt
Posted by NY Crush at 5:19 PM