Sci-Fi City - On the Hunt in Florida


Recent, we reviewed the Orlando based comic shop Sci-Fi City. As a follow up we wanted to look at the spoils of the hunt.
We have been on many hunting trips as we gatherer more and more treasures for our collection. We have rarely had as much success on a single hunt at a comic shop then we had at Sci-Fi City.

Jack Kirby
We picked up two issues Of Jack Kirby's New Gods. Issues #8 and Issue #9 are great examples of Kirby's work with DC comics. The story goes that Kirby had a falling out with Stan Lee so he moved to Marvels competition DC comics. DC gave Kirby free range to do what he wanted, so he created a new universe with all new characters. We are huge fans of Kirby's work adding two more issues to our Kirby collection for a buck apiece made this trip worth it for us all by itself. We did buy more. 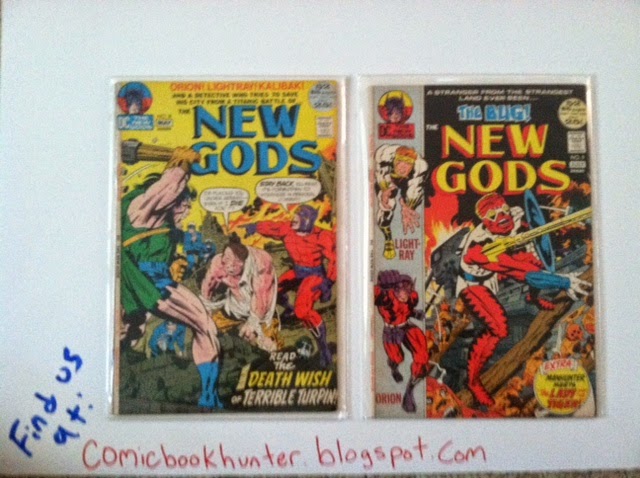 Late 1980's/Early 1990's issues
We have made it pretty obvious in recent posts that we are huge fans of the comics that were produced during the late 1980's through the early 1990's. They were much lighter then they are today, and there was an infusion of comedy throughout comics, especially DC titles.

We picked up another Crisis Cross-Over, we are always on the look-out for Crisis Cross-over because Crisis is still our favorite large scale story arc. This one was the New Teen Titans #13, paid cover price $1.25.

Also picked up more of the Hawk & Dove run as we continue our way to completion. Hunted down issues 6-12 for $1.00 each.

We also continued to fill in X-Force picking up issues 4, 6 and 7,$1.25 each. We like Rob Liefeld art, always have, always will.

For us when we are hunting finding Annuals always presents a problem, not sure why but we never seem to be able to find them. Not true this time, we got as the 1990 Justice League of America Annual #4. Love the cover.

Finally our back issue search landed us a Punisher War Journal #15 guest staring Spider-Man. This is an early Jim Lee cover. 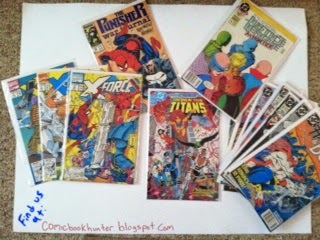 Variant Covers
We have really enjoyed DC comics title wide monthly variant covers. June was bombshell cover month. These variants come in much smaller quantities then the regular covers and are extremely difficult to hunt down. Finding a couple more and at cover price (some stores mark them up) was another score! We added Superman/Wonder Woman #9 and Earth 2 #24, my daughter is a big Hawkgirl fan. If you are interested in all the Bombshell covers we recently posted about all of them. 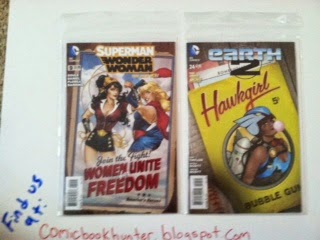 If you are in the Orlando Area take a trip to Sci-Fi City it is worth every minute of it, you will spend a bunch of money and time there.