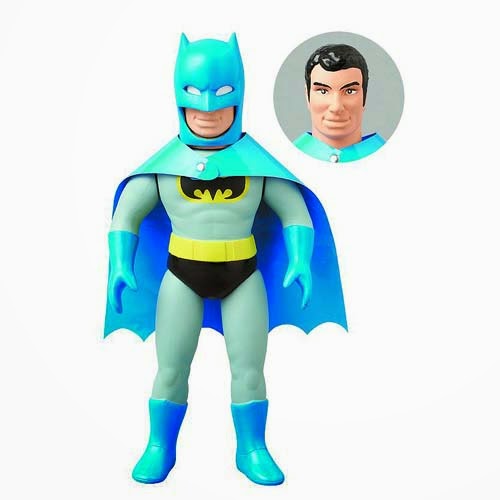 Medicom released the first two figures in their new DC comics Sofubi figure line earlier this year. They were soft vinyl igures of Batman and the Joker. Each figure 10" tall and had five points of articulation. They retailed for $79.99. Fan interest was high due to Medicoms use of old Mego action figure packaging. 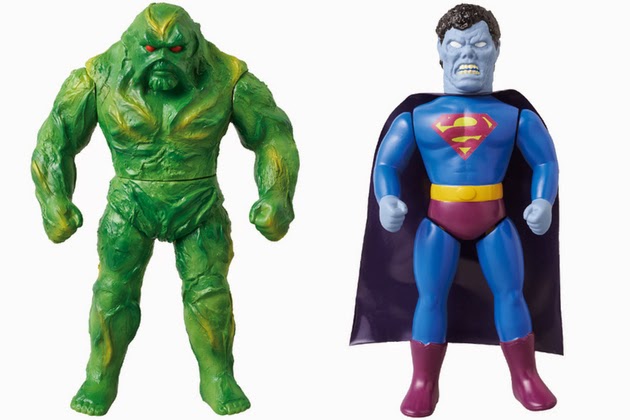 Second wave included Superman, Bizarro and an odd selection Swamp Thing (rumor is it may not see it to shelves). The choice of Swamp Thing shows that the company is willing to take some risks with the line. Hopefully there will be more less popular figures down the road. 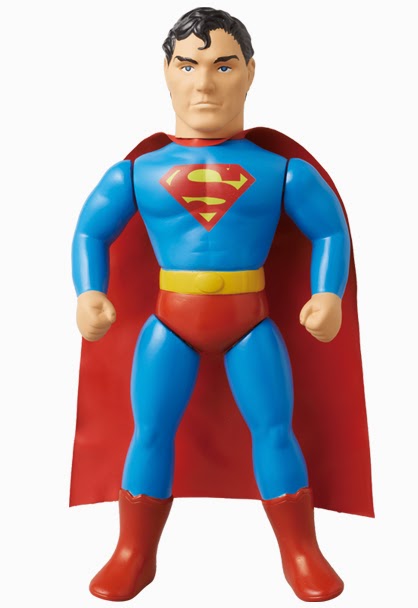 Superman and Bizarro will stand will also be 10″ tall and feature 5 points of articulation, they will come with vinyl capes. Swamp Thing is a little taller at about 12". These three are scheduled for September release with Superman and Bizarro retailing for $79.99 while Swamp Thing (if he actually is released) will be $119.99. Due to low pre-sale orders Swamp Thing may be canceled which is sad. 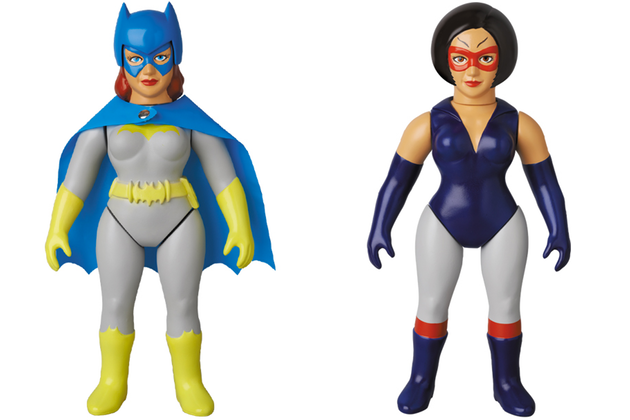 Medicom already has their 2015 releases ready, they will include Batgirl and Catwoman in January. Like the figures before these two female figures will stand 10" and will retail for $79.99. Batgirl comes with vinyl cape and removable cowl. Each is based on the characters look from the late 190's/early 1970's. It appears that Medicom did not get the rights to do them from in 1966 Batman TV show style, which would have been great considering all the buzz around the series in recent months.
You can order or pre-order all the figures at  Entertainment Earth by using these links -Batman, Joker, Bizarro, Superman, Catwoman, Batgirl
Swamp Thing is currently listed as canceled but you can write to see if we can get it made.
You can also visit Medicom Toys to see all their other great items. 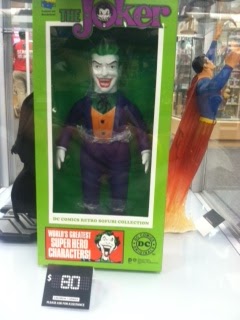 If ordering on-line isn't your thing and you are a true hunter, start tracking these down. Saw a Joker one recently on a trip to Florida.
Good Luck in your hunt!
#jointhehunt
﻿