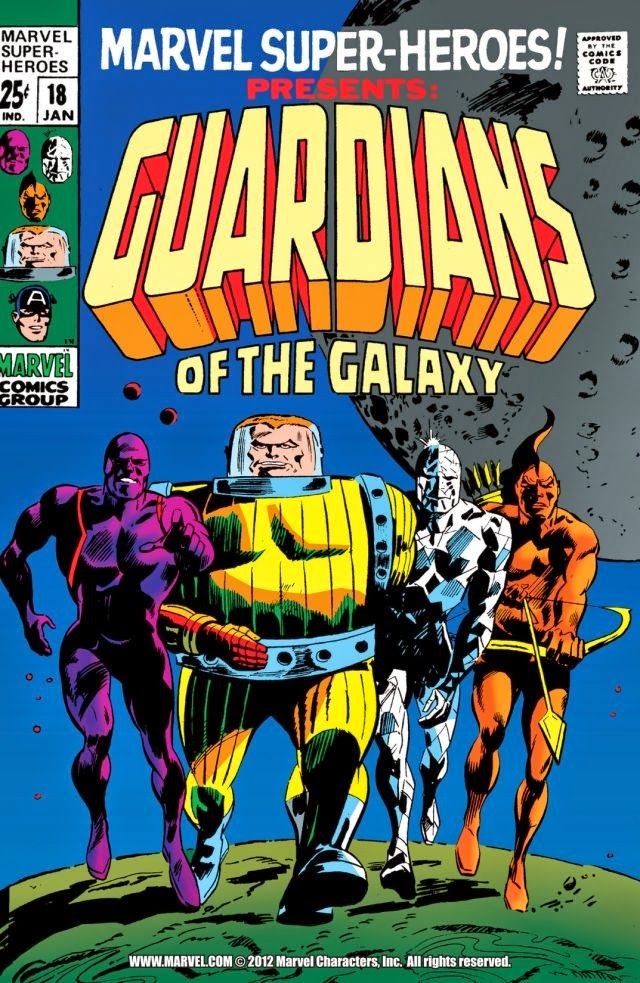 Guardians of the Galaxy is set to hit movie theaters on August 1st but where did this Space Odyssey first begin. Marvel Superheroes #18 is the first appearance of the Guardians of the Galaxy and also happens to be one of my favorite issues growing up. When I was young I spent a lot of my time hunting down key first appearances the Guardians always interested me as I had been reading their space adventure through the 1970's, it simple Superheroes in Space,what more could you ask for.

Hunting down a copy of Marvel Superheroes shouldn't be that difficult at this time, you can get a mint condition for about $500. Expect this to go up in value after the movie hits theaters, they almost always do. Marvel Superheroes #18 was created by Arnold Drake and artist Gene Colan. The issue was dated January, 1969.

A little bit about the issue, in the 31st Century, a group of diverse aliens become freedom fighters. . The founding members are Vance Astro , Charlie-27, Yondu and Matrix. The Guardians were formed to fight the the Badoon, a race that had conquered the Sol system and the Alpha Centauri system. In Marvel comics the home reality of the Guardians of the Galaxy has been designated Earth-691. 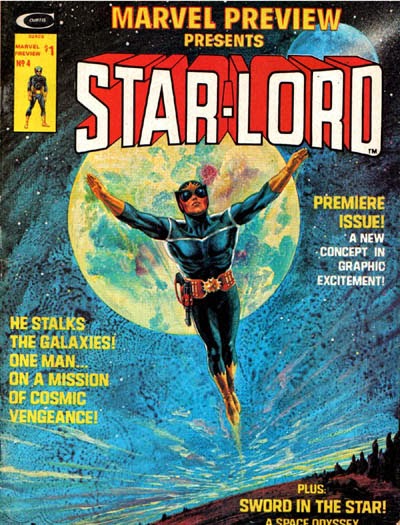 So get on out there and hunt down a copy of each of these issues for yourself.
If you would like to read a copy of Marvel Superheroes #18 before the movie comes out, you can get a digital copy for $1.99.

Email ThisBlogThis!Share to TwitterShare to FacebookShare to Pinterest
Labels: first appearance, Guardians of the galaxy, marvel