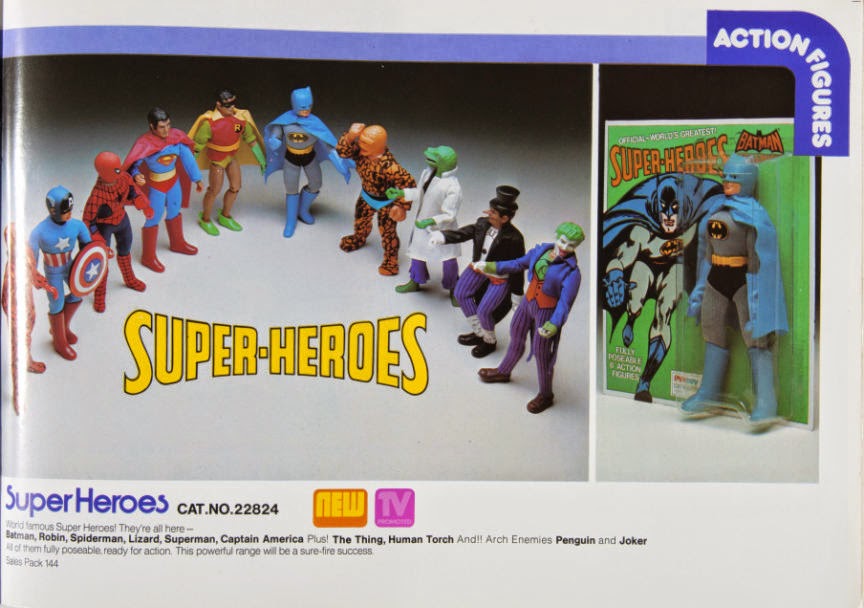 If you grew up at any point in the 1970's you owned or wanted to own at least one Mego figure. The company which produced some of the greatest superhero figures ever created, owned the licensing rights to both Marvel and DC heroes. The line was called "World's Greatest Super Heroes!"
The popularity of this line of 8" articulated figures created the standard for action figures in the 1970s and featured many popular superhero and villain figures (but why no Flash or Green Lantern).  Some of the most sought after figures are the earliest Batman and Robin figures which had removable masks but they were easily lost, finding one today with the original masks are almost impossible.
The first group of figures were released in a solid box (no window) but the boxes were damaged in stores by shoppers who wanted to see the figure inside, again collectors today try valiently to hunt down mint boxed figures. The design was quickly changed to a window style box. To start the line, Mego introduced Batman, Robin, Aquaman and Superman. Many others would follow. Boxes would also be changed to carded figures as the line progressed. 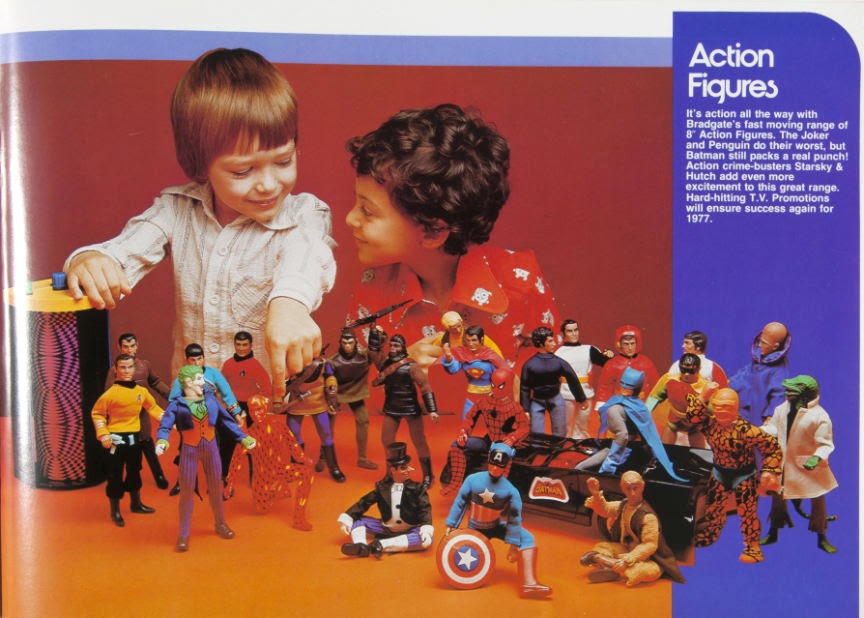 There were also play sets and vehicles offered in the Worlds Greatest Superhero line.
Mego offered thier hero line for an entire decade from 1972 until 1983.
Today's this figures, play sets and vehicles are highly sought after collectibles, hunting them down can be difficult, making them the perfect comic book collectibles to hunt for. Expect to pay anywhere from a couple of dollars to thousand of dollars. So get to hunting.
Good luck on your mego hunt!
#jionthehunt
Posted by NY Crush at 6:11 AM