Lou Gehrig in Comic Book - 75th Anniversay of his speech 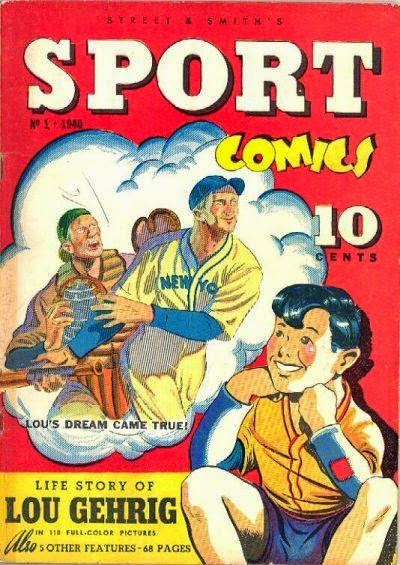 Today, today, is the day that we remember the 75th anniversary of Lou Gehrig's famous speech. Gehrig one of the greatest baseballs of all time was forced to retire due to a debilitating disease, which has since been named after him.

Gehrig's likeness has been included in comics especially during the early days of comics when true sports stories were very popular.


Published in 1940 by Street & Smith, Sports Comics #1 was one of the first titles dedicated to sports stories. This inaugural issue consisted of six stories  and was over 68-pages long. It featured the New Lou Gehrig on the cover. One of the stories re-tells the Yankees great life story.

Expand your collection to include sports related comics as well, it's called diversification.
The history of comics is an exciting thing, follow us for more history.

Good Luck on your hunt!
#jointhehunt